Serena Williams has made tennis history by winning more Grand Slam matches than any player in the game's Open era, passing Swiss great Roger Federer. Her latest victory moved her into the US Open quarterfinals. 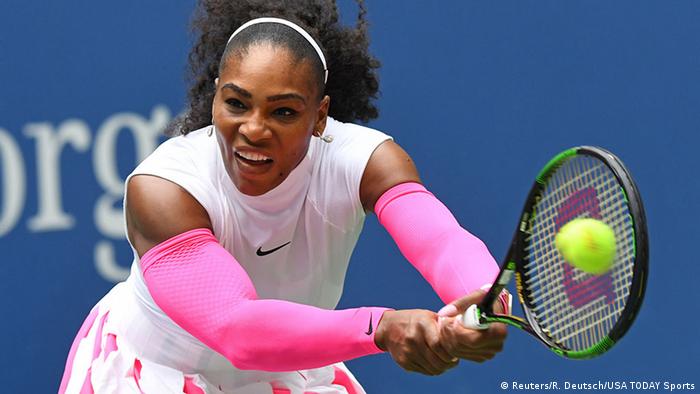 Serena Williams won her 308th match in Grand Slams at the US Open when she beat Yaroslava Shvedova 6-2, 6-3 on Monday to go into the quarterfinals.

Williams is now one Grand Slam win ahead of 35-year-old Roger Federer, who is currently out of the game recovering from a knee injury. She turns 35 herself on September 26, and has no intention of stopping.

"I think it's something that really talks about the length of my career," she added. "I've been playing for a really long time, but also, you know, given that consistency up there. That's something that I'm really proud of."

Of passing Federer in Grand Slam wins, Williams said it was "very significant."

If she wins the US Open title on Saturday, it would take her past the record she shares with Chris Evert and just one behind Margaret Court's all-time record of 24. 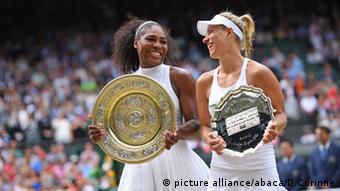 Winning her first Grand Slam title at the 1999 US Open, Williams became the world top-ranked player for the first time in July 2002. She regained the standing, for the sixth time, in February 2013. She has been ranked world No. 1 for 186 consecutive weeks, tying the record set by Graf.

To keep her top ranking she has to reach the final to add a 187th week to her current reign. If Germany's Angelique Kerber reaches the final, Williams will have to beat her to stay on top. Kerber next plays Italy's Roberta Vinci in the quarterfinals on Tuesday.

Williams holds the most major singles, doubles and mixed doubles titles combined of all active players, male or female. Along with the Grand Slam singles titles she has 14 in women's doubles, and two in mixed doubles.

She next plays No. 5 Simona Halep for a place in the semifinals.

In the last women's singles match of the evening, 18-year-old Ana Konjuh of Croatia beat Agnieszka Radwanska 6-4 6-4. Konjuh had held three match points against Radwanska at Wimbledon before turning her ankle. "She's an incredible player and I'm just happy to have the opportunity to play her again," Konjuh said. "This time I got the revenge."

Other matches on Monday night included Andy Murray's straight-sets win over Grigor Dimitrov to reach the quarterfinals for the 22nd time in his past 23 Grand Slam tournaments.

The game included Murray's fastest-ever serve during a match. At 141 miles per hour (226.9 kilometers per hour), it was the fifth-fastest serve in this year's US Open.

Angelique Kerber closing in on No.1 ranking

Angelique Kerber has upped the pressure on Serena Williams as she aims to become Germany's first No. 1-ranked player since Steffi Graf. Williams now needs to reach the US Open final to ward off Kerber's challenge. (05.09.2016)

Rafael Nadal knocked out of US Open by Lucas Pouille

For the first time in 12 years, tennis star Rafael Nadal has failed to reach a quarterfinal in one of the four Grand Slams. The 30-year-old was beaten in five sets by 22-year-old Lucas Pouille in New York. (05.09.2016)

US Open: Serena into round of 16 with record win

Serena Williams' quest to break the record for the most ever women's major titles, held jointly with Steffi Graf, is still on course. On Saturday, the American demolished Sweden's Johanna Larsson in straight sets. (03.09.2016)