The Serbian capital Belgrade seems to wake up as soon as the sun goes down. In the summer, the nightlife relocates outdoors -- from the smoky cellars and bars in the center of town to the banks of the river Danube. 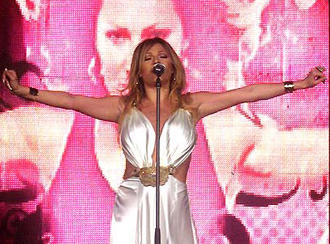 Any turbo-folk club plays Ceca -- the star of the scene

It takes a little getting used to Belgrade's nightlife. Nothing starts before midnight and the party rarely ends before dawn.

In summertime, many clubs close their downtown venues and move to floating rafts -- or splavs as they're called here. Hundreds of them line the majestic confluence of the rivers Danube and Sava, offering everything from Gypsy music to electronic beats, grunge or so-called turbo-folk -- a distinctly Serbian mixture of sentimental lyrics and disco beats.

A typical Belgrade night out starts at a main location, with subsequent after parties -- and even after-after parties. Ending up at a café or someone's house at seven in the morning is not uncommon. But people usually just go with the flow, says partygoer Tobias.

"We go out pretty much every night," Tobias says. "You go to lots of places in one evening and just float from one to another. People come and people go."

Serbs have to work hard to party hard

With an average income in Serbia of 300 Euros ($385) a month, it seems difficult to fathom how people manage to sustain such a social life. Darko, a UN worker in Belgrade, says some people have relatives abroad. Working two to three part-time jobs is not unusual, either. 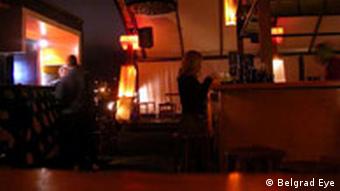 "Splavs" or floating nightclubs are a specialty of Belgrade

"There is also a sort of grey market, which means people are dealing with unofficial business," Darko says. "I think the salaries are also picking up in the private sector."

But not everyone is working in the private sector and unemployment, especially among young people, is over 20 percent.

"We've been going through really rough times for the past 15 years," Darko says. "I think it's some sort of filter to try to party and forget about the past. Live in the present. It's a culture of people enjoying life and not working very much."

Partying as a means of escape

Many people say this never-ending nightlife very much reflects a generation that has grown up in times of war, without many values. It is a generation looking to escape reality, Tobias says. 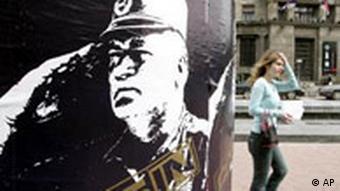 Serbia's past still casts a shadow over Belgrade

"People feel a bit alienated from the political establishment. It's hard to find jobs, and so having places to go out at night becomes an important means to escape," Tobias says.

"You can lead quite a nocturnal existence in Belgrade," he says. This would be hard to do in a city where everybody has jobs.

"But perhaps it works in a city where lots of people have a kind of slightly different lifestyle," Tobias says.

A social career in Belgrade requires the right outfit

Belgrade has very specific rules for dressing up for a night out on the town. Partygoer Ana says you have to pay close attention to attire.

"Each layer of society has its own rules, whether it's bling with lots of jewels and minimal clothes with everything exposed for the girls, or if it's alternative, asymmetrical haircuts," Ana says.

"Then you just stand around drinking very smartly, smoking very smartly and looking very serious, because you can't look foolish," she adds. "If you want to make some kind of social career in Belgrade, you have to be very cool."

Finding the right tune for the night

Every boat showcases a different style and it's important to know your music, says David.

"It's not like there's one predominant style. You can do turbo, you can do grunge punk things or you can do quite sophisticated. There's just everything there," David says. "There's a tremendous variety." 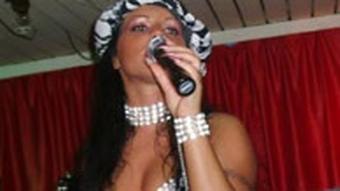 Turbo-folk singer Seka has the attire to match the scene

The floating nightclub called Plastic Jam is known for its electro, house and techno. With the minimalist wooden design, the stylish long bar, the young people sipping cocktails and grooving to the beats -- this club could very much be in New York, Paris or London.

While many of the floating nightclubs on Belgrade's Danube riverfront play music you would hear anywhere in the world, some people think it's difficult to have a good party without Serbian turbo-folk.

The music with its electronic beats and oriental influence is catchy and extremely popular.

The Serb lifestyle has to include music

Serbia has undergone a lot of changes since the fall of Slobodan Milosevic back in 2000. But turbo-folk star Dzej says this hasn't impacted the party scene.

"We lived like this under Milosevic and we continue living like this without Milosevic," Dzej says. "People in Serbia just like music. They will give their last money for music. That's how we live and that's how we are."

But Bane, a former DJ and self-proclaimed music expert, says ideology was behind turbo-folk in the 1990s.

"It was more than just music," Bane says. "People would associate it with crime, nationalism and power. Nowadays, although being popular, it doesn't carry this ideology any longer -- although it will probably never completely lose it."

For Dzej, Serbia's partying habits are evidence that the country will never completely be part of Europe.

"Serbs have a different soul and a different type of life," Dzej says. "You can ban everything to Serbs, but you can not ban them from partying and having a good time."