Sengbe Pieh, a farmer and trader from Sierra Leone was taken into slavery in 1839. During the voyage to the so-called New World, he led a mutiny aboard the Amistad which would later galvanize the abolitionist movement.

Where was Sengbe Pieh born?

The exact date of Sengbe Pieh's birth is unknown but many historians place his year of birth around 1814 in present day Sierra Leone.  It is believed that he was born on the southern Island district of Bonthe which is renowned for fishing and farming. Pieh would later become a rice farmer. At the time of his capture, Pieh is said to have been married and that he had a son and two daughters.

Which ethnic group is Sengbe Pieh from?

Although many believe that he is from the Mende tribe, one of the largest ethnic group in Sierra Leone, some historians argue that he was in fact Shebro. Bonthe Island which is also known as Shebro Island was first inhabited by the Shebro people, one of the minority ethnic groups in Sierra Leone. The Mendes later settled on the Island. Due to intermarriages, most of the Shebros now consider themselves as Mende. The Shebro have become so assimilated that it is almost impossible to distinguish between Mende and Shebro in Sierra Leone.

What is the story behind the Amistad revolt?

In January 1839, while working on his rice, Sengbe Pieh was captured and sold to Spanish slave traders in Sulima, Southern Sierra Leone. Pieh with many other Sierra Leonean slaves were then forcefully ferried to Havana in Cuba where they were sold at an auction.

While the slave masters were taking Pieh and others on a trip onboard the La Amistad to their plantations, Sengbe Pieh managed to break his chain and after freeing fellow slaves and arming themselves with cane knives, Pieh led a revolt. They killed the captain of the slave ship and the cook and ordered their would-be master to return them to Sierra Leone. With little navigation skills, the free African men and several children under the command of Pieh were tricked by the new captain who at night would change course and head back to Cuba. However, a storm pushed the boat to the shores of the United States. Pieh and his colleagues were arrested and charged with murder and piracy.

But an anti-slavery group which later came to be known as "The Amistad Committee” successfully argued their cases and the slaves were set free but not after several had lost their lives during the voyage and the revolt. After the Amistad Committee raised enough money for the return voyage, Pieh and others returned to Sierra Leone with some American missionaries in January 1842.

What does this story have to do with the end of slavery in the United States?

Sengbe Pieh's story greatly inspired the abolitionist movement that campaigned for the end of slavery in America. No history book on slavery in the United States is complete without an account of Sengbe Pieh's bravery. The story of Sengbe Pieh is taught in some universities and some states have statues of Sengbe Pieh. Hollywood has produced a movie based on Pieh's true life story. Sengbe Pieh's return to Sierra Leone also opened the door for Christian missionaries. 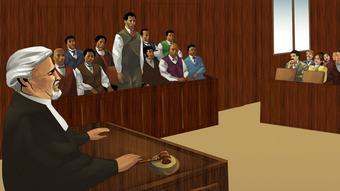 Where was Sengbe Pieh buried?

Sengbe Pieh died in 1879. Little is known about whether he was reunited with his family. It is believed that Sengbe Pieh was buried in a shrine in Bonthe. Sengbe Pieh was a strong member of the Poro society, a secretive traditional society. As thus, his grave can only be accessed by the Poro members.  It is widely believed that Pieh's resting place possesses some mystical powers. The Ministry of Tourism is planning to exhume and rebury Sengbe Pieh in another location so that the public can have access to the grave.

What are his greatest legacies?

Sengbe Pieh believed that all men are equal irrespective of race or color. He fought for his freedom and the freedom of others.

How do Sierra Leoneans remember him?

His portrait is in the Sierra Leone banknote. A bridge in the capital Freetown was recently named after him. It is easy to spot paintings of him in the streets of Freetown.