In Mozambique, rebels have blocked traffic along a key artery and a mining company has suspended coal exports. And now, the friction between former civil war foes threatens to worsen. 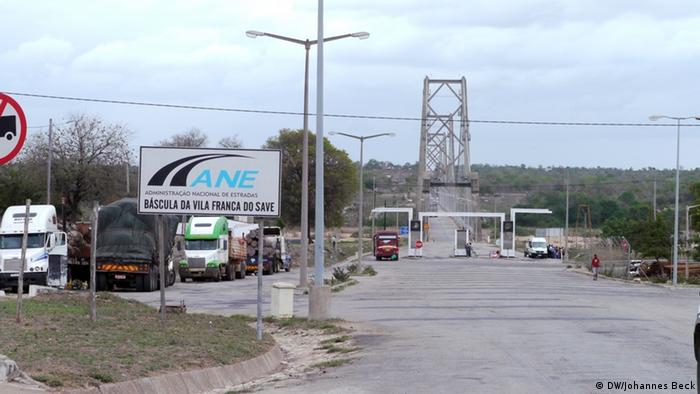 Cars and lorries are caught in a traffic jams stretching back kilometers. The drivers have been waiting all night for the army escort which will accompany them on their way at the break of dawn. These are scenes which most Mozambicans remember from the civil war, which ended when a peace deal was signed in 1992.

More than twenty years later they are being repeated on the main EN 1 highway, or rather on the section of the road north of the bridge over the River Save. Renamo, the former rebels and the country's biggest opposition party, declared this a prohibited area last Thursday (20 June 2013).

In the meantime there have been ambushes on cars, lorries and buses. At last three people have been killed and several others injured. Renamo itself has not acknowledged responsibility for the attacks. 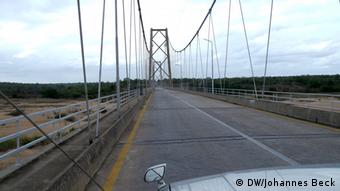 Renamo is blocking the highway north of the River Save bridge

Jose Mucote is the director of Radio Save, a Deutsche Welle partner station in region. He drove along that very stretch of road on Sunday (23 June 2013). "We live in a climate of fear. Local residents next to the affected area appear unruffled, but people from neighboring regions fear civil war could be about to return," he said.

Renamo leader, Afonso Dhlakama, has taken refuge in the small village of Satunjira near Gorongosa National Park. To prevent any attacks on him by the Mozambican military or police units, Renamo is attempting to block traffic on the EN1.

The section they are obstructing normally carries very heavy traffic. All road vehicles travelling from southern Mozambique to the center of the country and on to the north use this road. There is no alternative route.

The sparsely populated hinterland of Sofala province with its dense vegetation makes it ideal terrain for the former rebels. They had their headquarters in Gorongosa National Park during the civil war. It is familiar territory. With a few well-planned attacks, they can cause a lot of damage. 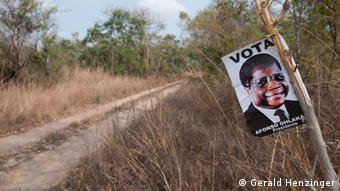 Renamo's political influence has waned significantly since the 1990s.

In addition to the EN1, there are other strategic transport routes in the vicinity of the park. To the south lies the Beira corridor, through which road and rail freight is taken to Zimbabwe and Malawi. To the East is the Sena railway line, along which coal from the Tete region is brought to the port of Beira. Both lines are no longer used by passenger trains, because the Mozambican rail operator CFM is worried about ambushes.

On Wednesday (26 June 2013) the mining company Rio Tinto suspended coal shipments on the Sena railway. Rio Tinto is the second largest coal producer in Mozambique. The largest, Vale, still has freight trains running, but at a reduced speed.

Should the situation persist, then it could stifle the economic boom in Tete province. Several concerns have invested billions in the extraction of coal in the region. They have already been technical problems with the Sena railway. Vale is building an alternative rail route via Malawi to the port of Nacala in northern Mozambique.

In the last few weeks in Mozambique, attacks have become almost a daily occurrence. The most deadly was a raid on a Mozambican army weapons depot in Savane. The assailants, as yet unidentified, killed seven soldiers.

Over the last few months, the government and Renamo have repeatedly met for negotiations in Maputo. Their seventh, inconclusive round of talks was held on Monday (24 June 2013).

Sultan Mussa works for a German think tank, the Konrad Adenauer Foundation, in Mozambique. He said the key issue over which they are divided is the establishment of parity in the National Electoral Commission in which Renamo has fewer seats than Frelimo. "Frelimo has access to almost everything its needs. The media are on their side. They should give some ground," he said. 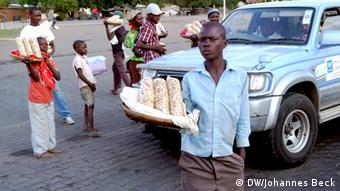 Children selling nuts along the EN1 during less troubled times

Seats in National Electoral Commission (known by its Portuguese acronym CNE) are distributed in proportion to the relative strengths of the parties in parliament. Frelimo, the governing party, has five, Renamo, two, the opposition party MDM, one. Three further seats are allocated to members of civil society.

More than twenty years after the end of the Rome General Peace Accords which ended the civil war, Renamo believes it has got a raw deal. It accuses the former Marxist Frelimo of dominating the state and enriching itself. Many ex-Renamo rebels want better access to careers in the armed forces and would like to be shortlisted for jobs as civil servants or directors of state-run enterprises.

Fernando Lima is a political analyst and the Maputo-based media group Mediacoop – to which Deutsche Welle's partner station Savana FM belongs – explained how Frelimo exerts pressure on state employees. "An individual is nominated for a particular post in state employ and the next day, or perhaps even earlier, he finds a form on his desk inviting him to join Frelimo, the governing party. This happens all the time," he said.

Municipal elections are due in Mozambique on November 20. Renamo has so far refused to participate in the electoral process and is threatening to boycott the poll. If it makes good on this threat, Mozambique may be entering choppy waters.

20 years of peace in Mozambique

For fifteen years civil war raged in Mozambique until a peace deal was signed in October 1992. Among those who remember the dark days of war are some inhabitants of the Gorongosa national park. (04.10.2012)

Mozambique's government has announced that it will meet a delegation from the ex-rebel group Renamo on Friday, amid threats of violence that echo the country's brutal civil war. (11.04.2013)

From Portugal to Mozambique

Thousands of Portugese nationals have fled the financial crisis and unemployment in their home country to start a better life in a former Portuguese colony, whose economy is booming. (05.03.2013)