The search for a plane that went missing over the English Channel while carrying footballer Emiliano Sala and a pilot was called off on Thursday. The chances of either person surviving are considered "extremely remote". 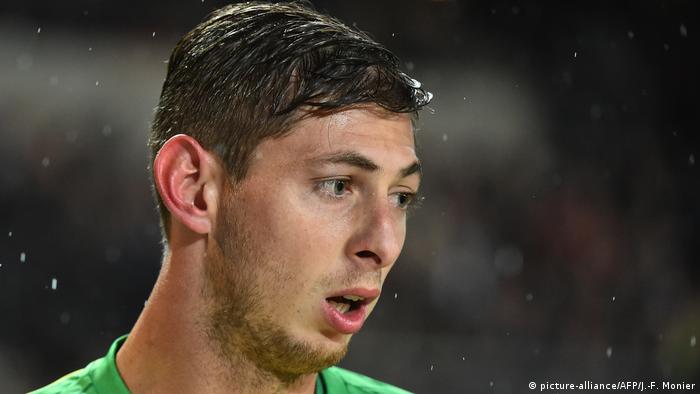 The light aircraft with newly signed Cardiff City striker Sala and pilot David Ibbotson onboard disappeared from radar on Monday night, with the search called off nearly 72 hours later.

A statement from Harbour Master Captain David Barker released by police on the channel island of Guernsey said the "difficult decision to end the search" has been taken.

"Despite the best efforts of air and search assets from the Channel Islands, UK and France, which has covered an area of approximately 1,700 square miles ... and having examined mobile phone data and satellite imagery, we have been unable to find any trace of the aircraft, the pilot or the passenger," Barker said.

"The chances of survival at this stage are extremely remote. Next of kin have been informed of this development and my thoughts go out to the family of the pilot and passenger at this most difficult of times."

Despite the search being called off, Sala's sister Romina still holds hope of a happier ending.

"I know that they're alive and they're well, and they're looking for us," she said of her brother and the pilot shortly after Barker's announcement. "Please, please, I'm asking you - don't stop searching. They're alive."

Sala, 28, had just signed for Premier League side Cardiff from French oufit Nantes and was traveling from Wales to France after saying goodbye to his Nantes teammates.

On Wednesday, Argentine media reported that Sala sent a final message before the plane disappeared from radar.

"I'm on a plane that looks like it's going to fall apart, and I'm leaving for Cardiff," the 28-year-old said in a WhatsApp audio message. "If in an hour and a half you have no news from me, I don't know if they will send people to look for me, because they will not find me, you know... I'm so scared," he added.

According to Barker, three planes and five helicopters have spent more than 80 hours searching, while two lifeboats and various passing ships and fishing boats have been scanning the waters.

"The final aircraft searching for the missing plane and those on board has now landed," he said.

"Although we are no longer actively searching, the incident remains open and we will be broadcasting to all vessels and aircraft in the area to keep a lookout for any trace of the aircraft. This will continue indefinitely."

“Those who met Emiliano described a good-natured and humble young man who was eager to impress in the Premier League. The response from the football community has been truly touching and we place on record our sincere thanks to those who have sent messages of support.

“We also thank everyone involved with the search and rescue operation, and continue to pray for Emiliano, David Ibbotson and their families.”

The search for missing footballer Emiliano Sala has been resumed on Thursday. Earlier, a desperate message from Sala, sent shortly before the plane disappeared, emerged. (24.01.2019)

A player who had just become Premier League side Cardiff City's record transfer was on a plane that went missing over the English Channel on Monday night. Those leading the search for Emiliano Sala 'fear the worst'. (22.01.2019)