Two Canadian pilots have been detained as they prepared to fly a passenger jet from Glasgow to Toronto. The two men were also facing charges over threatening behavior. 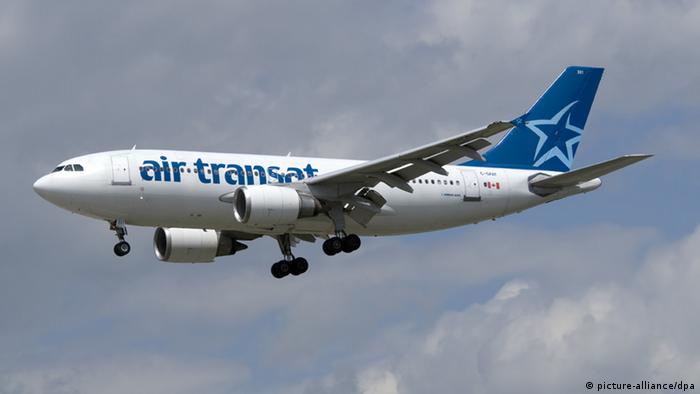 Jean-Francois Perreault and Imran Zafar Syed were arrested as they were due to pilot an Air Transat A310 plane, which carries up to 250 passengers.

Canadian airline Air Transat was forced to reschedule the flight and put up passengers in hotels. The airline said that safety was its top priority, but declined to comment further.

Perreault, 39, and Syed, 37, both from Ontario, were charged under the Railway and Transport Safety Act, which covers alcohol and drug limits. Police said they were charged with being "impaired with alcohol."

They also face charges relating to "threatening or abusive behavior", according to officials.

Both were remanded in custody until their next appearance, due to take place within eight days.

Last August, Norwegian police arrested a Latvian pilot and three of his crew after all four failed blood tests at Oslo airport before a scheduled flight to Greece.

Scholz: Sending Polish jets to Ukraine via US base in Germany 'certainly' not an option 09.03.2022

Germany and the US have both said sending Polish MiG fighters to Ukraine would be an escalatory step. Ukrainian President Zelenskyy has pleaded with NATO to provide more firepower.