Uranus smells like rotten eggs, NASA has revealed after decades of mystery. This is because its gas clouds are rich in hydrogen sulfide, according to the data gathered by the Gemini North telescope in Hawaii. 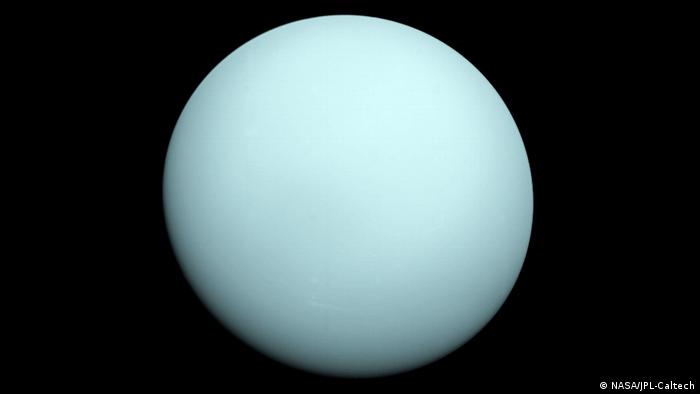 A global team of researchers found evidence of hydrogen sulfide, a foul-smelling gas usually occurring in rotten eggs, in the upper layers of clouds on Uranus.

"Even after decades of observations and a visit by NASA's Voyager 2 spacecraft, Uranus held on to one critical secret — the composition of its clouds," NASA said in press release on Tuesday.

The mystery was finally solved by the research published this week in the Nature Astronomy journal.

The group of scientists, which included physicist Glenn Orton of NASA's Jet Propulsion Laboratory in California, managed to detect the gas by analyzing reflected infrared light from Uranus. Their research was based on the data gathered by the giant Gemini North telescope in Mauna Kea, Hawaii.

"We've strongly suspected that hydrogen sulfide gas was influencing the millimeter and radio spectrum of Uranus for some time, but we were unable to attribute the absorption needed to identify it positively," Orton said. "Now, that part of the puzzle is falling into place as well."

"These differences in atmospheric composition shed light on questions about the planets' formation and history," NASA said in a press release.

Uranus is an 'unpleasant' place

Uranus is the seventh planet from the Sun and its diameter is about four times that of Earth. It was named after the Greek god Uranus, who was the father of Kronos and grandfather of Zeus in Greek mythology. Similar to Saturn, the planet has a ring system, but its rings are fainter and harder to spot.

Conditions on the planet are hostile to humans, with the stench of hydrogen sulfide a comparatively minor problem.

"If an unfortunate human were ever to descend through Uranus's clouds, they would be met with very unpleasant and odiferous conditions," says lead author of the research, Patrick Irwin of the University of Oxford. However, "[s]uffocation and exposure in the negative 200 degrees Celsius [392 degrees Fahrenheit] atmosphere made of mostly hydrogen, helium and methane would take its toll long before the smell."

Can the Hubble Telescope look back in time?