Asia's largest consumer electronics maker has reported a 17-percent increase in earnings in the fourth quarter of 2011. Only its fiercest rival, Apple, sold more smartphones. 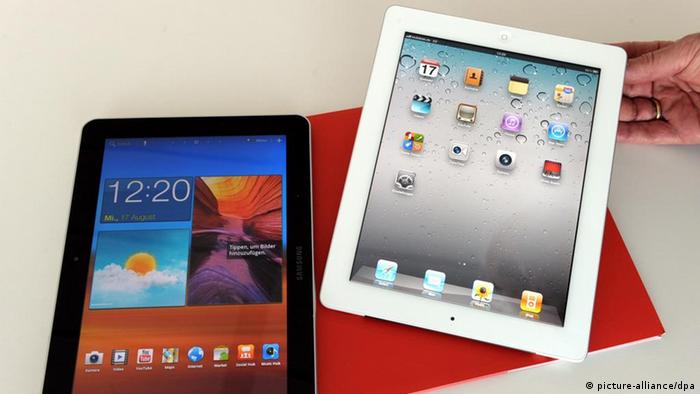 This wasn't quite enough to beat its main rival Apple, which sold 37 million units in the fourth quarter, compared to the 36.5 million smartphones sold by Samsung.

However, the South Korean producer came out on top for 2011, according to market researcher Strategy Analytics. Throughout last year, Samsung found 97.4 million buyers for its products, whereas Apples came in second with 93 million units sold.

Both companies remain locked in a battle for smartphone dominance and are engaged in a bitter court fight over patents for the design and technology that goes into their phones and tablet computers. 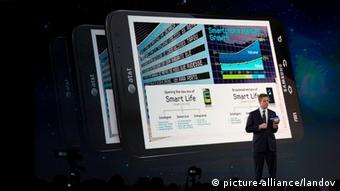 Samsung's brand promotion at electronics fairs has paid off

The company's flatscreen segment suffered an operating loss of 220 billion won in the last quarter. Even though memory chip makers have been hit by plummeting prices for their products, Samsung has done better than its competitors by diversifying into chips for mobile devices.

Fourth quarter smartphone shipments worldwide rose by a staggering 55 percent, quarter-on-quarter, to a record 155 million. Throughout last year, 488.5 million units were sold, up 11 percent from 2010.

Samsung said it expected demand for electronic devices in general to be rather slack for the next couple of months, but predicted business would gain momentum in the second half of 2012 with a view to a slowly recovering global economy.

The world's most valuable technology corporation surprised analysts by posting record sales of its flagship products in the October through December fiscal quarter. Apple's success story looks set to continue in 2012. (25.01.2012)

Samsung added a notch to its belt in ongoing legal battles with Apple as the two tech giants jostle for share in an exploding tablet and smartphone market. (24.01.2012)