Samba-Panza: "I have accomplished my mission"

The elections in conflict ridden Central African Republic will put an end to the transitional government headed by Interim President Catherine Samba-Panza. Her successor still has a lot of work to do, she told DW. 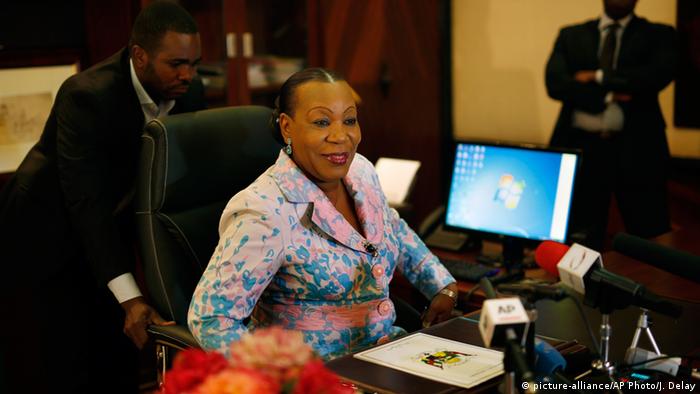 DW: Mrs Samba-Panza, on Sunday the people of the Central African Republic cast their votes for a new president. Parliamentary elections were also repeated due to irregularities in the first round. How do you feel?

Catherine Samba-Panza: I am very satisfied to see that the national electoral authorities and the transitional authorities considered all the irregularities in the first round of the elections on December 30, 2015 and made the necessary corrections. I am also satisfied that the election took place in a calm and peaceful manner. The Central Africans are aware of what is at stake, and they cast their votes without repeating the irregularities we had in the first round.

We found out that some people were sent back home because their names could not be found in the register of voters because of a decision by the electoral commission. These people were very disappointed. Do you fear that the turnout is not as high as it was in the previous elections?

We realized that there were less voter turnout. From the information I received, the turnout was around 55 to 60 percent, compared to 77 to 80 percent in December.

The reasons for that are the irregularities and massive fraud we experienced during the first round. We made arrangements with the electoral authorities to control the electoral process in order to get rid of all those who had put their names in the register of voters in a fraudulent way and those who used fake voter registration cards in order to vote in other districts. They realized that it will not be easy for them. 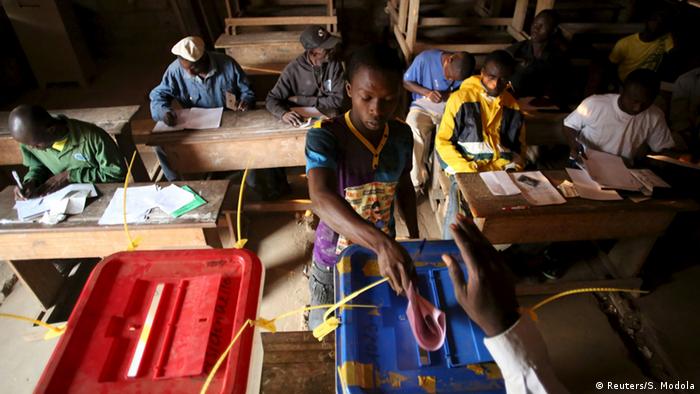 We still do not know the outcome of the presidential elections. But whoever becomes your successor - what does he need to tackle as his first priority?

During my transitorily mandate a lot of efforts have already been made to bring back peace and stability, to boost the economy and to gradually restore the rule of law. There has been a lot of progress in regards to social cohesion and national reconciliation. But there is still a lot that needs to be done, especially in the field of DDR [editor's note: demobilization, disarmament and reintegration of combatants], in restructuring the security sector, in humanitarian affairs as well as in regards to reconciliation. The newly elected authorities need to consolidate the actions that have been initiated during the transitional period and to tackle the challenges that are still there.

France has announced that it is planning to withdraw its troops from the Central African Republic at the end of the year. Is this good or bad news?

The international community, be it the United Nations, the European Union or friendly countries like France, has been helping us from the very first hours of the crisis. Regional organizations like the African Union have accompanied us throughout all our difficulties. However, this is very expensive. So all these countries and organizations need to consider up to which limit they are able to continue with their efforts.

Vote counting after a tight race between two former primeministers. Parliamentary elections had to be repeated due to irregularities in the first round. The contest is tight (15.02.2016)

The election of a new president is seen as crucial to ending years of sectarian violence that has pitted Muslims against Christians. Two former prime ministers are battling it out for the top job. (14.02.2016)

The UN says Congolese soldiers are the latest peacekeepers to be implicated in rape cases in Central African Republic. Last week allegations emerged against French and Georgian soldiers stationed in CAR. (04.02.2016)

We took note of France's intention to start withdrawing their troops right at the end of the transitional period. We can all see that the French Sangaris mission is still of great help for the mission of the European Union as well as the UN peacekeeping mission MINUSCA. So I would say that it is a withdrawal, but not a total withdrawal.

This sounds like you are still counting on foreign troops. However, among the civil society, these forces are not very popular. There have been numerous cases of rape and sexual abuse committed by foreign soldiers. What is your view on this?

One needs to appreciate the support the international community is giving the Central African Republic. But of course there are some difficulties. Right now we are not capable of sending our own troops all over the country. We still depend on international support. That said, we lamented that such damnable things were done to Central African children. We need to address that issue.

We also say that these are acts committed by members of the troop. Penologically, it is their personal responsibility. We therefore asked for those soldiers who committed the offenses to be held responsible back in their home countries so that something like this does not happen again. My view on this is that just because four or five soldiers out of a certain contingent committed these crimes, one should not put the blame on the contingent as a whole.

The end of your term as the interim president of the Central African Republic has been scheduled for the end of March. Will you be able to keep that timetable?

Are you in a hurry to finish your term as the Interim President?

I am not in a hurry but I believe that I had a specific mission which I accomplished. When I came into office, I knew that I was going to respect the rules, namely that I was not allowed to run for president in the following elections. I am proud to leave my position having respected these rules and to hand over a governable country to the new leaders that come out of the polls.

Catherine Samba-Panza has been the Interim President of the Central African Republic for two years.