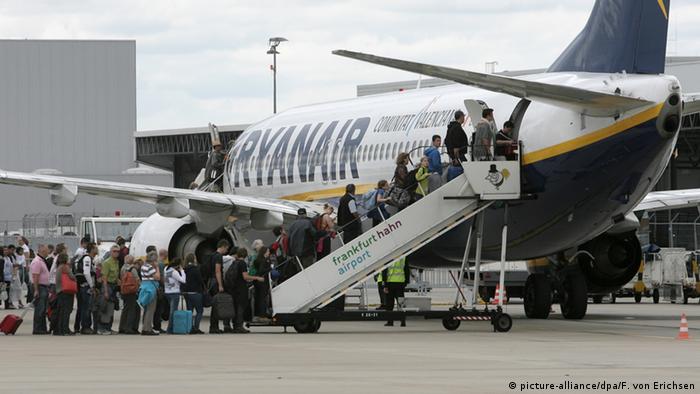 German media reported Wednesday that customs and police officers had visited "contract" pilots at airline facilities as well as private quarters in recent days, asking questions as to whether they were truly self-employed?

German law against illegal employment was amended in 2014 to enforce payment of tax and social welfare contributions, using a special Federal Customs Administration unit based in Cologne.

A media consortium comprising two German public broadcasters, WDR and NDR, and the Süddeutscher Zeitung (SZ) newspaper said numerous pilots were asked who paid them, whether Ryanair provided facilities, and who had offered them contracts.

Another key line of questioning was whether they received holiday and sick pay.

WDR reporters said the "contractor model" was used by Ryanair to cheaply hire a "large quantity" of its pilots. They were required to set up single-person firms in Ireland whose services were assigned to Ryanair by two British personnel firms acting as intermediaries.

The online version of the German weekly newspaper Die Zeit said computers had been seized during multiple inspections on Tuesday.

In the past, Ryanair has described its business model as legal and on Wednesday told the media consortium that its pilots must pay tax - whether they were self-employed or on the airline staff payroll.

Why not Ryanair direct?

European ECA pilots' trade union President Dirk Polloczek said it was incomprehensible that the German probe was directed against pilots but not against Ryanair itself.

Flight Captain James Phillips of the German trade union Cockpit said many of the pilots interviewed by customs and police were outraged.

"Some fear even that because of the investigations they could loose their flying licenses," Phillips said.

Koblenz-based public prosecutor Hans-Peter Gandner confirmed a similar report on the inspections by police and customs carried in the online version of the Die Zeit newspaper, saying underlying the visits was a years-long probe against two British personnel providers that assigned pilots to Ryanair.

He told the German news agency DPA that dozens of officers had visited Berlin's second airport Schönefeld and Cologne/Bonn as well as the regional airports at Weeze in North Rhine-Westphalia state, Hahn in Rhineland-Palatinate, Bremen and Baden-Baden in southwestern Germany.

In 2014, Chancellor Angela Merkel's coalition government vowed in a report compiled mainly by the social welfare and interior ministries to "improve the fight against fictitious self-employment by strengthening cooperation between regional authorities and the Federal Customs Administration." 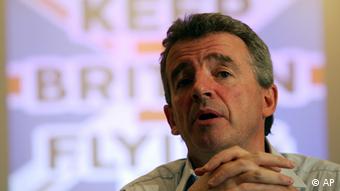 "The abuse of freedom of movement [within the EU] under cover of gainful employment is to be effectively prevented. At the same time, it must be ensured that immigrants do not have to work in exploitative employment, and firm steps must be taken to counter fictitious self-employment," the report said.

In the wake of Britain's vote to leave the EU, Ryanair chief Michael O'Leary said late last month that the airline would avoid new extra links to Britain and would instead use 50 aircraft on order mainly for flights across the EU continent. He also said Ryanair was seeking a stake in Argentina's aviation sector.

Irish airline Ryanair has announced it will purchase 100 Boeing aircraft under efforts to double passenger numbers over the next decade. The budget carrier has also secured an option for an additional 100 planes. (08.09.2014)