Irish budget carrier Ryanair has published details of exactly which of its flights will be canceled between now and the end of October. The company is grappling with a severe shortage of pilots on standby. 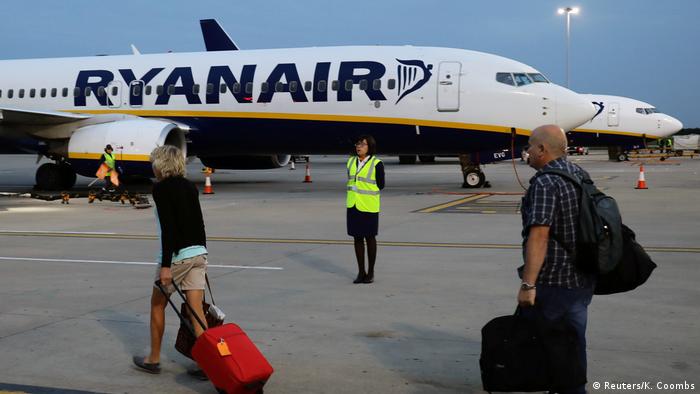 Ryanair on Tuesday posted a full list of flight cancellations until October 28th on its website. The airline's chief executive, Michael O'Leary, said customers, whose flights would be axed, would also receive an email to put them in the picture well in advance.

The Irish budget carrier is canceling between 40 and 50 flights every day over the next six weeks after it admitted to "messing up" its planning of pilot holidays.

O'Leary noted that some 400,000 passengers would be directly affected by the cancellations, adding that disruption for those passengers was inevitable to provide a better service to the remaining customers.

The carrier is left with a backlog of staff leave, resulting in a shortage of pilots on standby.

Ryanair stressed it would cancel flights at airports with the busiest schedules so it would be in a position to accommodate the bulk of passengers on alternative flights.

With the introduction of the winter schedule (November 1), the current problems would no longer exist, the carrier insisted.

Italian newspaper La Repubblica commented Tuesday the cancellations meant a huge dent in Ryanair's image, an airline "that had made a religion out of its fight for the lowest possible fares."

"But this time around, Ryanair had to realize that pilots are hard to get from rivals as these often guarantee better working conditions."