Russia, US Swap Warnings as Condoleezza Rice Visits Georgia | Europe | News and current affairs from around the continent | DW | 10.07.2008

US Secretary of State Condoleezza Rice arrived in Tbilisi Wednesday, July 9 as the US and Russia accused each other of stoking unrest in Georgia while US troops began exercises with regional armies near Russia's borders. 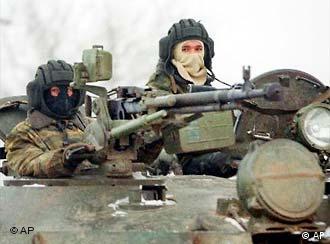 Her trip came a day after she signed a deal allowing Washington to base part of a new US missile defense system in the Czech Republic, prompting a stark warning from Moscow that it would respond militarily.

The former Cold War rivals have traded accusations of fanning separatist tensions in Georgia itself, where violence has flared in the past week in Abkhazia, one of two regions that broke from Tbilisi after the collapse of the Soviet Union.

"Frankly, some of the things that Russia did over the last couple of months added to tensions in the region," Rice was quoted by Georgian media as saying. "Georgia is an independent state. It has to be treated like one. We have said that both Georgia and Russia need to avoid provocative behavior," she added.

Referring to Russia's reaction to the missile shield deal she signed with the Czech Republic on Tuesday, Rice said she was disappointed, "given all the effort both US Defense Secretary (Robert) Gates and I have made to offer to the Russians significant ways for transparency, confidence and for cooperation."

A senior State Department official echoed Rice's comments on Moscow's moves in the separatist Abkhaz region to reporters traveling with the secretary of state to Tbilisi, saying on condition of anonymity that "Russia needs to resume its role as a neutral arbiter of peace rather than a party to the conflict, which Russia is in danger of becoming."

"Russia needs to realize the empire is gone," he added. 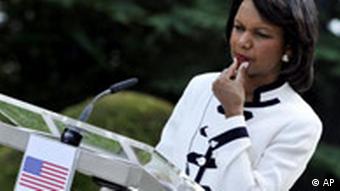 Rice was disappointed by Russia's response

The official warned that Washington feared that "a military cycle of escalation will simply develop a momentum of its own and could lead to a catastrophe in the region," one involving "horrific" new "fighting."

Hours before her arrival, Russia's foreign ministry issued a statement accusing Georgia of pushing the region towards war through actions openly supported by the United States.

"Tbilisi's actions represent a real threat to peace and security in the South Caucasus, capable of taking the region to the brink of a new armed conflict," the ministry said in a statement.

The ministry said those who "shield the provocateurs and blame everything on Moscow are doing a great disservice to the Georgian leadership and strengthening its sense of impunity."

The statement explicitly referred to the US State Department. Russia's sharp words came after Rice, as she prepared to sign the missile defense agreement in Prague, publicly blamed Russia for instability in Georgia.

After meeting US President George W. Bush at the Group of Eight (G8) summit in Japan, Russian President Dmitry Medvedev said the signing of the missile defense agreement in Prague had left Russia "most distressed."

"Russia isn't going to get hysterical but will be studying countermeasures," Medvedev said, in a reminder of previous Russian threats to target European neighbors in response to the US missile shield. 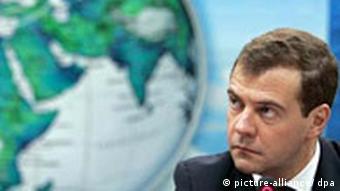 Russia's foreign ministry on Tuesday had made a more specific threat, saying that if the US missile shield was deployed near Russia's borders, "we will be forced to react... with military resources."

Russia has long argued that it regards the US missile system, which so far calls for a powerful radar tracking station in the Czech Republic and 10 interceptor missiles possibly in Poland, as a threat to its own security.

Washington insists it is solely aimed at shielding the United States and its allies from missile attacks from "rogue" states such as Iran.

Meanwhile, Georgia's Saakashvili has said he wants his country to become a member of the US-led NATO military alliance, a move viscerally opposed by Russia but strongly backed by the United States.

The Russian foreign ministry on Wednesday said it thought Georgia may have been involved in at least some of the bombings in Abkhazia last week that killed four people and injured 16 others. Georgia has denied involvement.

Russian peacekeepers have also accused Georgia's military of making the latest in a string of fighter jet flights over separatist South Ossetia in violation of a ceasefire. Georgia denied this, countering that four Russian jets had illegally flown over the area.

Abkhazia and South Ossetia gained de facto independence from Tbilisi after fighting brief wars against Georgian forces following the Soviet Union's 1991 collapse. Tbilisi says the regions are an integral part of Georgia, but has offered Abkhazia autonomy within the country.

US troops begin exercises with regional forces near Russia 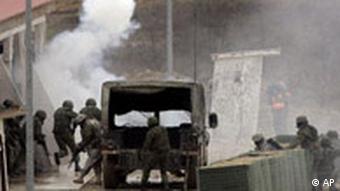 US troops have begun war games with the Georgian army

EUCOM, based in the southern German city of Stuttgart, said the exercises had begun Saturday at Vaziani military base, less than 100 kilometers (60 miles) from the Russian border.

It said the activities were "in the spirit of the NATO Partnership for Peace program," seen as the first step towards full membership in the military alliance.

EUCOM described the exercises, codenamed Immediate Response 2008, as an annual effort conducted between the United States and NATO and coalition partners focused on "interoperability training and theater security cooperation."

About 1,000 US soldiers are training alongside an equal number of Georgian troops and an unspecified number of men from Azerbaijan, Armenia and Ukraine -- all of which are members of the Partnership for Peace.

EUCOM called Georgia a key ally in the global "war on terrorism" and regional anti-terror operations. It is currently the third largest contributor of foreign troops in Iraq.

"Georgia's geographic location also allows other allies and partners in the region to see the benefits of working with the United States," it said.

Russia reacted angrily to a deal inked Tuesday between the US and the Czech Republic on a missile defense shield. Moscow has said it may respond with military action. (09.07.2008)

The Czech government has agreed to host facilities that would be used as part of the defensive shield the US wants to build in Europe. But the plans are unpopular among Czechs and many others. (08.07.2008)

With recent bombings killing four people in Georgia's breakaway region of Abkhazia, Germany has proposed a plan for ending the ongoing conflict in the region. (08.07.2008)