The government in Russia has admitted that the country's economy looks likely to develop slower than the global average over the next 16 years. The Kremlin cited waning overall investment and dismal export prospects. 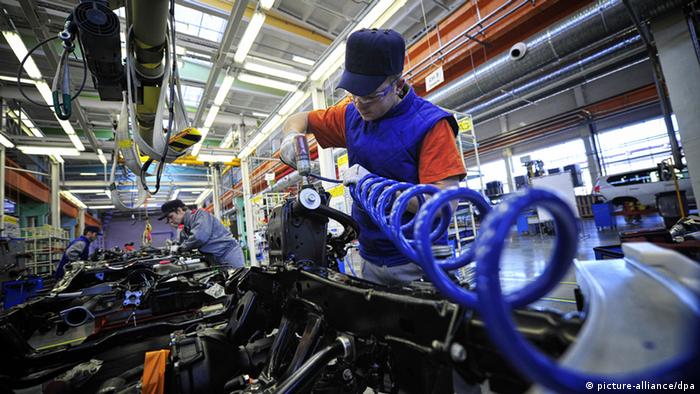 On Thursday, Russian Economics Minister Alexei Ulyukayev told reporters in Moscow that his country's economy would only grow by an annual average of 2.5 percent until 2030, down from an earlier projection of 4 to 5 percent.

"The pace of Russia's economic growth will fall behind the global average in the forecast period," Ulyukayev said while presenting a revised long-term economic strategy.

Analysts pointed to a lack of reforms in Russia, with the economy being hampered by red tape, corruption and weak rule of law, suggesting the government had no real recipe to avert a slide into stagnation in the long term.

Prime Minister Dmitry Medvedev had told the Reuters news agency that "there is no magic formula to boost growth, and, if there is, we don't know it."

Right now, the country keeps struggling with waning investment and reduced industrial output, also seeing less demand abroad for its staple export items such as oil and other commodities.

The global economic crisis has lowered people’s satisfaction with life in the industrialized world, an OECD study has found. Faith in their governments’ ability to ease the strain has massively eroded too. (05.11.2013)

Russia's first year in the WTO marred by ructions

Russia has made few friends during its first year in the WTO. The country has ruffled the feathers of numerous trade partners with its subsidies for domestic industries and restrictions on foreign goods. (22.08.2013)