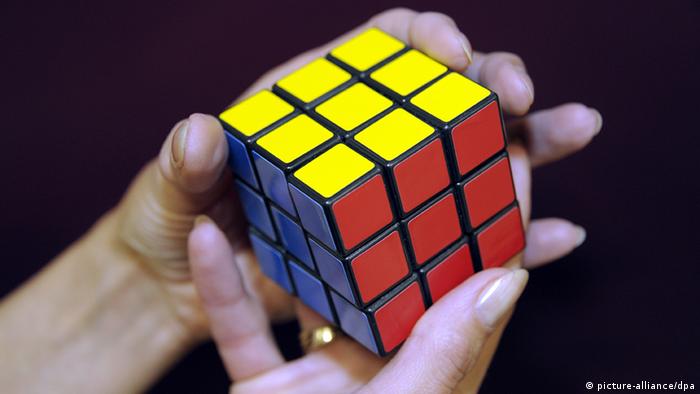 On Tuesday, the EU's Office for Harmonization in the Internal Market (OHIM) ruled that the manufacturers of the Rubik's Cube – the famous interlocking puzzle – could #link:http://curia.europa.eu/jcms/upload/docs/application/pdf/2014-11/cp140158en.pdf:continue to receive trademark protection#, which was originally based on the three dimensional design of the puzzle. The intellectual property rights of the Rubik's Cube are managed by the UK company, Seven Towns.

A German toy manufacturer, Simba Toys, had argued in a case brought to the OHIM in 2006 that it was the toy's technical rotating capability that made it unique. A technical solution, the company argued, can only be protected by a patent and not a trademark.

The court ruled that the "essential characteristics of the contested mark, are…the cube per se and…the grid structure which appears on each of its surfaces."

A key part of the mark, according to the court, are the bold black lines crisscrossing the surfaces of the cube, which "are not suggestive of any rotating capability of the individual elements of the cube" and therefore do not represent a technical solution.

The court continued that the black line and grid structure does not produce the rotating capacity of the Rubik's Cube and that the internal mechanism is invisible underneath the graphic representations.

As a result, the argument that a technical solution was being improperly protected as a trademark was rejected by the court. The court also noted that the Rubik's Cube trademark did not limit other manufacturers from creating and marketing three-dimensional puzzles with rotating mechanisms. It only protected the shape of the cube bearing a grid structure.