Romanians have been casting votes to decide whether their unpopular president should be forced to leave office. Traian Basescu's rivals accuse him of abusing the constitution. 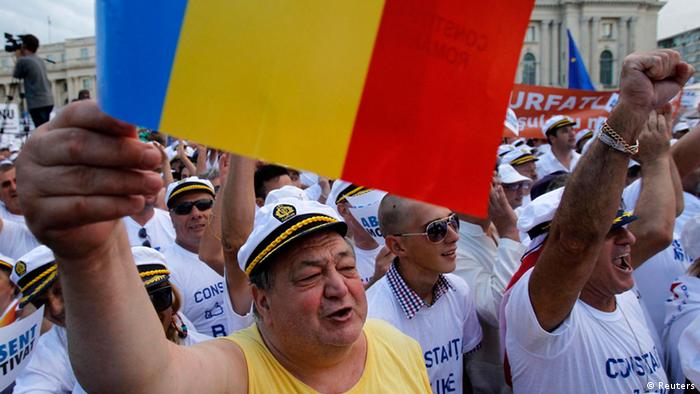 The left-leaning government of Prime Minister Victor Ponta initiated the referendum to oust the president, arguing that he overstepped his powers.

Polls indicate that Basescu's only hope to stay in office is low voter turnout. More than half of the country's 18 million voters must cast ballots for the referendum to be valid.

Many Romanians hold the conservative president responsible for the country's strict regime of austerity.

However, due to an opposition boycott of the vote, traditionally low voter participation and the summer vacation season, it's likely Basescu will survive the referendum. He withstood a similar vote in 2007.

The European Union has criticized the government for going forward with the referendum, saying it undermines the rule of law in Romania.