Berlin-based online platform Rocket Internet has said it incurred net losses last year, mainly due to extraordinary costs surrounding its IPO in October of last year. But the firm's plans are as ambitious as ever. 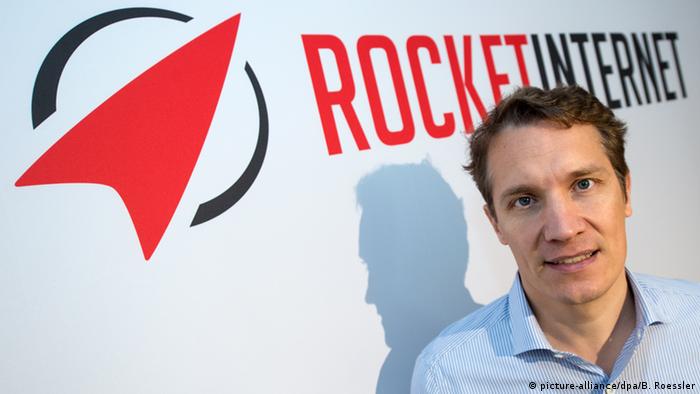 Startup holding company Rocket Internet announced Tuesday it logged bottom-line losses of 20.2 million euros ($22.4 million) in 2014, following a net profit of 174.2 million euros in the previous year on the back of the sale of shares from Zalando, an online fashion retailer.

Rocket Internet noted last year's losses were mainly attributable to costs related to its IPO in October of last year.

The Berlin company managed to considerably raise its revenue in 2014 thanks to a strong performance of its e-commerce firms in Brazil. It said turnover surged by 43 percent to total 104 million euros.

"It's our goal to launch at least 10 new companies in 2015 and continue to invest in our existing firms, our own proprietary technology, our geographic footprint and our infrastructure and processes," Rocket Internet founder and CEO Oliver Samwer (pictured above) said in a statement.

The company reiterated its mission was to become the world's largest Internet platform outside the US and China by identifying proven online business models and transferring them to untapped markets in emerging nations and elsewhere.

With the record IPO of China's online retailer Alibaba, e-commerce shares have become the latest stock market hype. Amid two new German listings, how justified are fears of the boom turning into a new dotcom bubble? (01.10.2014)