El Salvador's right-wing opposition party appears to be the winner in a general election seen as a key test for the leftist government of President Mauricio Funes. 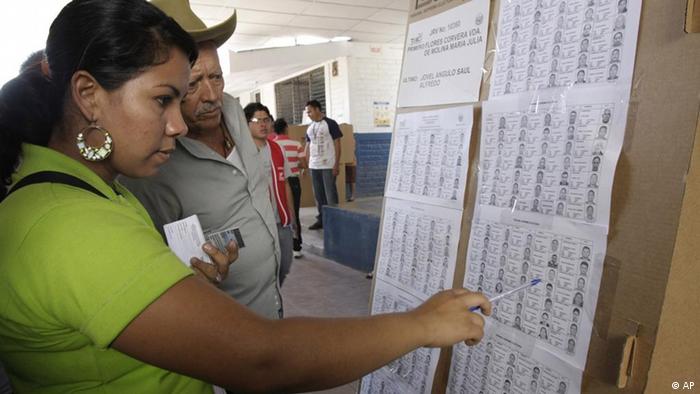 The Supreme Electoral Tribunal of El Salvador said the right-wing Nationalist Republican Alliance (ARENA) was ahead in the country's general election early on Monday, according to a partial count of votes.

With some 40 percent of votes, the party would take some 33 deputies in the country's unicameral legislature, making it the largest single party. The opposition party appeared to have been only narrowly ahead of the ruling Farabundo Marti National Liberation Front (FMLN), which was expected to take 31 seats.

Some 4.5 million Salvadorans were voting for 84 members of the assembly, as well as the mayors of 262 towns and cities.

ARENA, which ruled the country for almost two decades following its civil war, had campaigned on a popular and tough anti-crime platform against the leftist government of President Mauricio Funes.

A key target for both leading parties is the mayoralty of the capital, San Salvador, where incumbent Norman Quijano has strong support for ARENA against the FMLN's Schafik Handal.