In a race against time, Italy's government is expected to table in parliament early next week a controversial bill to re-connect a life-support system to a comatose woman at the canter of a right-to-death debate. 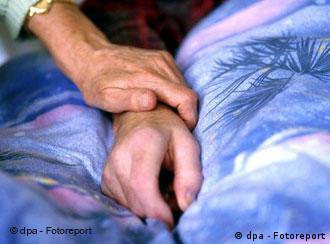 Euthanasia is illegal in Italy

The Senate, parliament's upper-house, is scheduled to begin debating the bill next Tuesday, Senate speaker, Renato Schifani said on Saturday.

By then, medical experts say, Eluana Englaro, will have started to manifest muscle spasms and other serious symptoms related to the suspension, which began Friday, of nutrients and water previously supplied to her body through tubes.

The case of the 38-year-old Englaro, who has spent the last 17 years in a vegetative state after a car accident, has reignited debate in Catholic Italy over euthanasia and its legal technicalities.

Prime Minister Silvio Berlusconi on Friday announced the government would press forward with a law after Italian President Giorgio Napolitano refused to sign a government decree overturning a court order allowing the termination of Englaro's life.

The Vatican weighs in 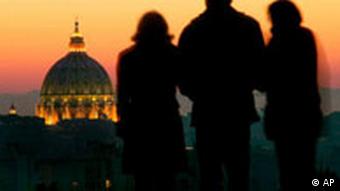 The Vatican insists that all human life must be protected

In an unusual clash with the president, the Vatican voiced its support for Berlusconi in this case, pleading Napolitano to change his mind.

"I think the government is doing everything possible to save Eluana's life," Cardinal Javier Lozano Barragan, the Vatican's health minister, told Italia 1 television on Saturday. "We ask the Lord that the president of the republic can reconsider… and find a way to reconcile this decree with the Italian constitution."

Analysts, on the other hand, said Berlusconi was using his opposition to the courts and the head of state to further cement his power in the country.

"He is trying to reduce the power of the courts and the residual powers of the president, and he already has control of both houses of parliament," said James Walston, who teaches Italian politics at the American University of Rome.

"If he succeeds, it's a form of coup. He is basically changing the Italian constitution. And he is doing this with the support of the Vatican, which is a strong ally," Walston said. 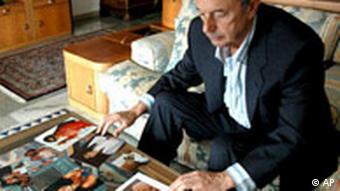 Englaro's father, Beppino, who has for over a decade battled in Italy's courts for what he says is his daughter's "right-to-die with dignity", condemned the government's decision.

Napolitano, who as head of state has a say in constitutional matters, said the government through its decree on Eluana, was interfering with a ruling made by Italy's independent judiciary.

But Roman Catholic Church officials, conservative politicians and others who have campaigned to keep Eluana alive, say the court order amounts to euthanasia, a procedure not permitted under Italian law.

Beppino, earlier this week had his daughter moved to a hospice in the north-eastern city of Udine after doctors there said they would be willing to carry out a court order allowing the termination of her life.

The case is reminiscent of that of American Terri Schiavo who was in a vegetative state for 15 years before she was allowed to die in 2005, after a prolonged legal struggle by her husband to have her disconnected from life support. 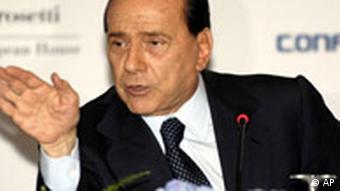 Since a July 2008 ruling by Italy's top court, the Cassation, upheld Beppino's request to allow his daughter to die, several government officials have threatened disciplinary action against clinics and doctors willing to carry out the order.

Some activists are campaigning for legislation allowing the introduction of "living wills" whereby people can state what type of medical treatment they wish to receive.

German police have issued a temporary restraining order against controversial euthanasia advocate Roger Kusch, prohibiting him from aiding any more people who want to end their own lives. (29.12.2008)

Two German doctors charged with manslaughter-related offences after helping a terminally ill British man die in 2004 were acquitted Monday after a court ruled they had acted ethically. (23.12.2008)

German historians are compiling a register of 9,000 mentally ill people killed by the Nazis as part of Hitler's euthanasia policy. Berlin's Freie University and Brandenburg's memorial trust are leading the project. (22.11.2008)