Research confirms the role of beauty in career success

According to many studies, good looks and success go hand in hand. Attractive people tend to get ahead faster and earn more money - which in turn makes them more appearance-conscious. 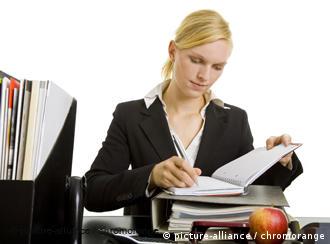 Berlin's celebrity hairdresser Udo Walz has a clear opinion: beauty definitely provides an extra boost in the job world. When you look good, "people want to communicate with you."

Although it cannot be determined whether many celebrities owe their success to this skilled hair designer, numerous studies have found a connection between good looks and job success. In other words: the more beautiful the person, the easier their climb up the career ladder.

Americans in particular have done a lot of research into beauty. The topic suddenly became very popular in the 1990s. Economist Daniel Hamermesh from the University of Texas even found that attractive employees earn more money than their aesthetically less appealing colleagues.

In his study, Hamermesh asked participants to rate the attractiveness of people on a series of photographs. He then compared the ranking with the salary figures of the test subjects. The result was clear: the persons considered unattractive earned on average up to 10 percent less than their averagely attractive counterparts.

Hamermesh euphemistically describes this appearance-based financial disadvantage as a "plainness penalty." The most attractive subjects, meanwhile, were found to earn up to five percent more than the average - a "beauty premium." 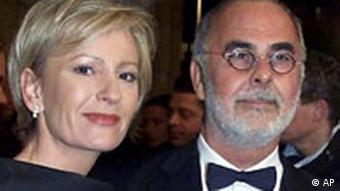 "Unfair!" said Walz. "Where I work, the pay is equal for everyone, regardless of appearance or weight - it's only based on performance."

Does this mean that at his a salon a gorgeous person will never be considered more competent?

"That depends on the boss," said Walz.

In order to prove that beauty brings success, Hamermesh used old photos of university graduates who had already been working for a long time. He also found that good-looking people tend to seek out jobs in which their appearance gives them an advantage, such as those in the PR and advertising industry.

The growing significance of appearance is reflected in surveys. In a long-term study, Hamburg-based scholar Sonja Bischoff researched factors that influence success among managers. She found that appearance had increased in importance over the previous 20 years. 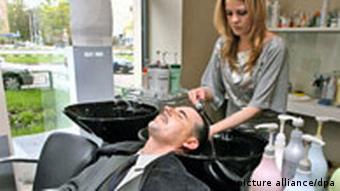 Men are increasingly conscious of how they look

Walz can see this trend in his own salon. "It's not only women who want to get a new look before a job interview," he says. "Men are also becoming increasingly vain."

Nevertheless, most of Walz's customers are still female. For successful businesswomen he recommends "mid-length hair, which can be tied back into a small ponytail during the day and be out and sexy for parties and cocktails in the evening."

Walz has already granted aesthetic career help to some prominent people, including German chancellor Angela Merkel. Since Walz gave her a makeover, Merkel's haircut has not been the subject of as much mockery as before.

Despite all this, Walz emphasizes that beauty should not be overestimated.

"If you can't do anything well, you can't have a career."

Dossier: What is beautiful?

Now more than ever, beauty is being talked about, invested in, strived for fought over. As the Dresden Hygiene Museum asks "What is beautiful?" in its latest exhibition, DW sheds some light on the perennial question. (16.04.2010)