German-based supermarket discounter Lidl has long been under fire for the way the company treats its employees in 23 European countries. A news report has now uncovered the latest scandal at the chain. 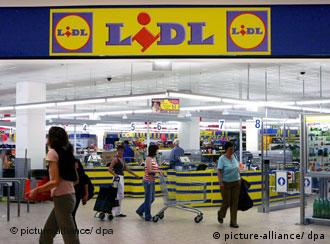 According to German newsmagazine Stern, Lidl officials last year ordered detectives to install hidden cameras in several stores in Germany to observe their employees at work and during breaks.

The magazine received several hundred pages of reports on Lidl employees that included information on when they left work to use the restroom, personal phone conversations employees made and comments on their appearance.

Lidl officials acknowledged that the company had used cameras and detectives but not to watch its workers.

"The idea that we would 'spy' on our employees does not at all comply with our leadership principles and the fair treatment of our workers," said company director Juergen Kissebert in a statement.

He added that Lidl was putting an immediate stop to the practice. 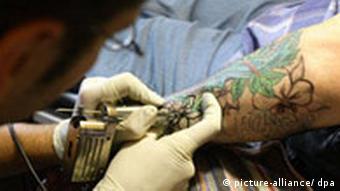 An employee's tatoo did not make detectives happy

The style of the reports recalled the detailed surveillance records of East Germany's secret police, the Stasi. In one case, a detective commented on the "self-made" tattoos visible on an employee's forearms and suggested that she should be asked to cover them up as especially elderly customers might think she got them in prison.

In another case, the report quoted a conversation between two employees, with one telling the other she hoped her wages had been transferred to her account since she desperately needed money that night. "For what?" asked the detective in his report.

Many other surveillance notes, which can be read on Stern's Web site, focus on the employees' work habits, mentioning things such as a candy bar left lying atop female hygiene products rather than being returned to its correct place and employees talking to each other in Polish in front of customers.

Lidl officials, who did not deny the existence of the reports, have said that they were simply intended to uncover "possible misconduct" by employees. They distanced themselves from the idea of spying on people's privacy, saying that the reports were not in line with the company's "way of dealing with each other." 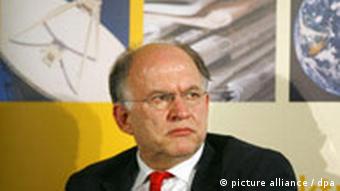 Schaar said that the latest allegations should be investigated

State officials in the southwestern state of Baden-Wuerttemberg, where Lidl is headquartered, said that they would check into the matter, according to German news service DPA.

Lidl has stores in 23 European countries, according to the company's Web site. The chain came under pressure from German services sector trade union Verdi in 2004, when the union published a black book on the company's practices in dealing with employees.

Apart from Germany's No.1 discounter Aldi, Lidl remains the country's most popular store for cheap food and other low-price products, according to a study published this month.

A German court has passed a ruling ordering big budget value supermarket, Lidl to embrace the idea of fair trading and stop misleading customers by promising goods which have long sold out. (12.07.2005)

A court in Germany has upheld the right of the nation's citizens to flirt at work. The ruling comes in response to US supermarket chain Wal-Mart's company policy banning any sign of attraction between its workers. (15.11.2005)

Do you think customers should boycott Lidl? Please include your name and country in your reply.