China has taken Germany's spot as the world's third-largest economy after the United States and Japan, statistics released on Wednesday showed. 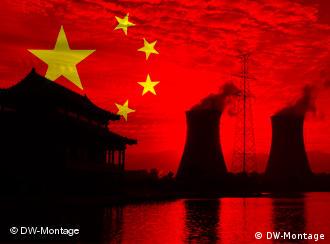 China may have a spot in the top three, but the future outlook is bleak

According to Germany's statistics office, the country's GDP was just below 2.49 trillion euros ($3.3 trillion) in the previous year.

While the revised numbers grant China a spot in the top three, experts are less upbeat about the country's economic outlook. Growth predictions for 2009 vary between 5 and 8 percent, dragged down by the global economic downturn.

China's National Statistics Office said it would wait for the 2008 growth rates, expected for next week, and exchange rates calculations, before commenting.

"Up to now we have drawn no conclusions," a spokesman said.

The World Bank in Beijing confirmed the calculations, saying China was likely to have overtaken Germany.

"As far as I can see, the basic approach to the calculation is correct, although we would have to run the numbers to double check," World Bank economist Ardo Hanssen said.

Experts said the higher base for 2007 entailed lower growth rates than the 8 or 9 percent predicted for 2008. Exports declined sharply towards the end of the year.

Germany still ahead in per capita income 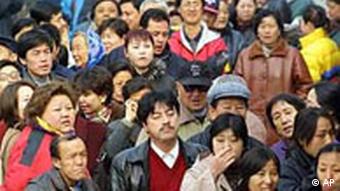 Despite strong exports, China still ranks low in terms of per capita income

Stephen Green of the Standard Chartered Bank in Shanghai said China may have overtaken Germany a long while ago, "since unofficial activity in China is larger than Germany."

"Moreover, at the end of the day, GDP is not a race -- what really matters is per capita incomes," Green said.

Germany ranks 23rd in global per capita income in 2007, while China came in at number 132.

The second upwards correction of the 2007 data led some analysts to believe that the government statisticians wanted to cover up the overheating of the Chinese economy.

"Now they can tell us the truth," Yuan Gangming of Beijing University said.

European Union regulators have banned imports of soy-based foodstuffs for infants and young children from China after the toxin melamine was discovered in soybean meal, officials in Brussels said Wednesday. (04.12.2008)

European companies operating in China are "generally optimistic" about the business opportunities there despite the global economic turmoil, a survey found. (25.11.2008)