A milestone Berlin exhibition examines the rebirth of portraiture in the 15th century. The faces shown offer glimpses into the great personalities of an era, from the inquisitive and shy to the daring and smug. 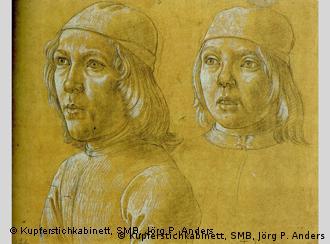 Bust of a boy and young man (1480) by Domenico Ghirlandaio

Poised faces and pointed slogans dot Berlin's streets - election time in the capital once again. Political parties' use of faces in advertising suggests the enduring power of the portrait, said Stefan Weppelmann, curator of a major Berlin exhibition called "The Faces of the Renaissance."

After all, the Medici family took a similar approach 600 years ago in Florence, spreading images of their family's faces well beyond the city limits to show just who was in charge there, Weppelmann added. A number of their faces are among the Bode Museum's current exhibition of more than 150 portraits from 15th-century Italy.

"This is the biggest and probably the most significant exhibition to show the development of portrait art," said Bode Museum director Michael Eissenhauer. The show, featuring outstanding artists like Giovanni Bellini, Domenico Ghirlandaio, Sandro Botticelli and Leonard da Vinci, runs through November 20 before moving on to New York's Metropolitan Museum of Art.

A highlight is the inclusion of da Vinci's "Lady with Ermine" from 1489/90, on loan from Poland where it is considered to be one of the country's greatest artistic holdings. The masterpiece is one of just a few portraits the artist completed during his life, though his iconic "Mona Lisa" came decades later. 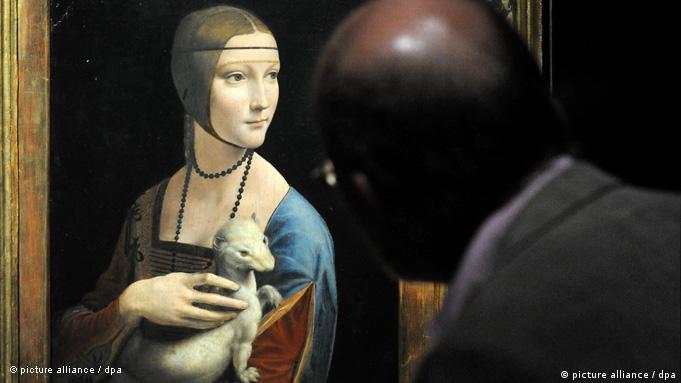 'Faces of the Renaissance' lets the works shine against a serene and dark backdrop; da Vinci's 'Lady with Ermine' is the highlight of the show

Italy was hardly a unified political entity at the beginning of the 15th century, but was divided into numerous smaller city-states and territories. The cities were often autonomous republics with a relatively high number of inhabitants. Many residents made a living through trade with the Orient, and education began to take on more significance.

Greek was taught during the period at the university in Florence, a sign of growing appreciation for ancient culture. Leading families took a great interest in examining the ideals of ancient Greece and Rome, though they also remained under the influence of the Medieval world view.

The Renaissance - translated as "rebirth" or "new beginning" - is associated today with the rise of individualism, self-consciousness and art that celebrates these qualities, along with the beauty and wholeness of nature. The period saw the inclusion of geometrical perspective in painting and a revival of portraiture, a genre that had scarcely played a role in art since late antiquity.

Merchants, princes, bankers, clerics, scholars and artists began lining up to immortalize themselves on canvas.

Individuals to the fore 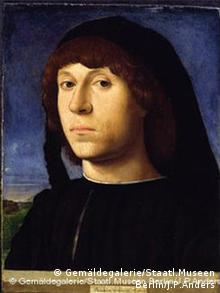 The paintings showcase the human face, the locus of an individual's personality.

"In contrast to today's portraits, which we can take of friends or ourselves at a second's notice with our digital cameras, it was an absolute exception during the early Renaissance if you were worthy of a picture," explained Italian and Spanish art expert Stefan Weppelmann.

"People earned the right to appear in a portrait through exceptional deeds or in light of a particular occasion, like a marriage," Weppelmann added.

Young women still in search of a class-appropriate suitor were depicted in stylized images as virtuous, pure and equipped with a rich dowry. They wore sumptuous garments befitting their noble background.

Recently married couples were painted surrounded by the complete grandeur of their dowry, letting the viewer quickly recognize the significance their new bond held for the two families involved. Occasionally, the new family crest was introduced in the same picture.

The exhibition focuses on how portraiture developed in the course of the 15th century, said Keith Christiansen, senior curator of European painting at the Metropolitan Museum in an interview with the Associated Press.

"It starts with the face, those aspects of the face that are memorable. It then moves down to the shoulders. At a certain point, artists began to realize that the inclusion of hands and gestures, the movement of an arm, the suggestion of the tilt of the head, that all of this communicates personality - all of this had to be discovered first," Christiansen said.

The power of art 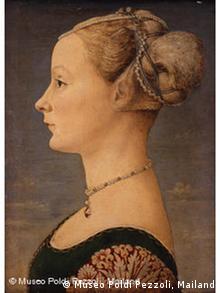 The Medici family earned its wealth through international banking transactions. They quickly achieved preeminence in Florence and significant regions of Tuscany, expanding their power in various and often ingenious ways. The promotion of art and artists was among their goals.

Generally in the Renaissance, Stefan Weppelmann said, portraits of an individual were commissioned just once. But Botticelli's workshop produced four or five images of Guiliano de' Medici, murdered in 1478 in a Florence cathedral, attesting to his power and personality.

Master artists in the 15th century rendered precise and stirring portraits of their contemporaries, with each eyelash, strand of hair and fold of material contributing to the image's impact.

But each image is also an idealization, as Stefan Weppelman emphasized.

"Let's say you had a young woman who was supposed to look virtuous, then you would paint her skin whiter than it was and her hair lighter. Even if she was very much a brunette, suddenly she became a blond because lightness in the skin and hair was supposed to reflect inner purity, according to Renaissance ideals," he said.

Deformities were smoothed over, and natural curves were straightened to suggest the qualities the artist wanted to highlight. And if the subject didn't mean the era's ideal of beauty - was overweight, lacked an overbite, or had unfashionable bangs - the artist would fudge reality a bit to improve his patron's image. 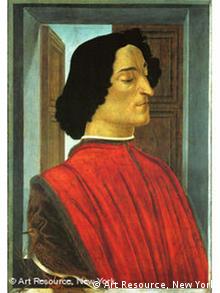 A wall of treasures

Exhibition visitors will have to search hard if they want to discover dowdy features in the show's masterpieces. The paintings are presented against black walls, like jewelry cases against which the treasures that adorn the subjects of the works can glimmer.

Organizers in Berlin and New York have expected the exhibition to draw big crowds, with 20,000 tickets sold in advance of the Berlin opening on August 25.

Click on the picture gallery below for a glimpse inside the exhibition.

Frankfurt's Städel Museum has long negotiated with a German family for Holbein's Madonna, one of the most valuable Renaissance works of art. A private German collector outbid the museum, and plans to exhibit the work. (14.07.2011)

Visitor numbers are up at the Enlightenment art exhibition, but famous artist Ai Weiwei is still missing. His arrest has divided Germany's cultural establishment, with many calling for the show to be closed. (13.05.2011)

From the early 1800s to the fin de siecle, a new trend swept across Europe: Orientalism. With more then 150 art works, the 'Orientalism in Europe' exhibition in Munich explores this passion for the exotic East. (01.02.2011)

Picture gallery: Faces of the Renaissance