The chilling photo of a drowned Syrian boy has brought a spike in donations to refugee charities. But the World Food Program has had to cut the amount of food aid given to displaced Syrians in neighboring countries. 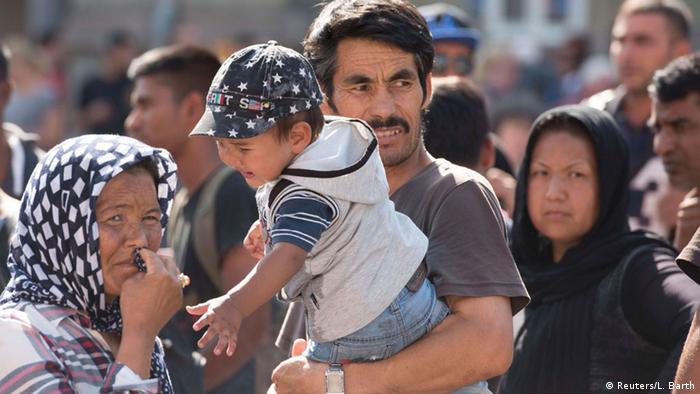 Charities working to ease Europe's refugee crisis said on Friday that "the tide of indifference is shifting," following the publication of a distressing photo of three-year-old Aylan Kurdi's body, washed up on Bodrum beach in Turkey.

"There is an enormous response from the public," said Christian Peregrin, spokesman for the Malta-based Migrant Offshore Aid Station (MOAS), who told news agency AFP that, by Friday, they had received a record 1 million euros ($1.1 million), compared to 10,000 euros on a usual day.

The charity regularly provides search and rescue operations to pick up thousands of refugees from the Mediterranean Sea.

Christian NGO World Vision told the "LA Times" that its donations had tripled in one day after the photo was widely shared. Online donations to another US-based charity, Islamic Relief, increased by 100 percent.

The UN refugee agency UNHCR said it had received more than $100,000 of unsolicited funding on its global donate page, which it put down to the agony felt by many who had seen the photo.

The Dutch Refugee Council described how the tragic picture had "served as a massive catalyst" to mobilize donations. One of its workers, who didn't want to be named, told AFP, "Now people are realizing that we have to do more."

Another Netherlands-based charity said it had to bring in extra workers to deal with a flood of calls offering help.

Even before the distressing image hit front pages, Germany saw an outpouring of sympathy, after thousands of people crossed several European countries over the past few weeks.

When hundreds of refugees were blocked from leaving Hungary by train, local charities were flooded with food, water and toys to be distributed to the families when they finally arrived at Munich station a few days later.

Bayern Munich football club pledged a million euros to aid groups and planned a fundraising match to collect a further million for the migrants.

British charities described an increase in support for their efforts to collect supplies for refugees living in makeshift conditions in the northern French port of Calais. One crowdfunded project, CalAid, has raised nearly 120,000 pounds (155,000 euros) in just a few days.

Other voluntary organizations described how residents were prepared to open their homes to the newcomers, including Irish rock musician and charity organizer Bob Geldof, who said he had room for four migrant families at his home.

But while the populations of Europe and North America dug deep in their pockets, the World Food Program said it was forced to cut its food voucher program for Syrians refuge in neighboring countries by close to a half taking. The decision was blamed on a severe lack of funding.