A stash of nearly 1,500 paintings seized by the Nazis may be part of a larger collection of missing art. The German government has said it was aware of the investigation that led to its discovery for "several months." 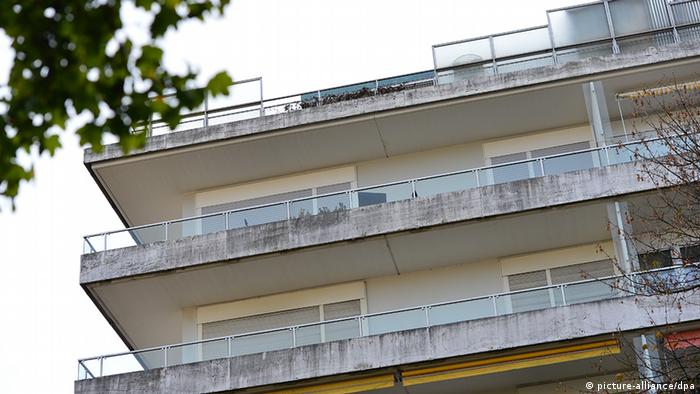 Germany's Focus magazine reported over the weekend that more than two years ago, German investigators discovered a vast trove of art that was stolen by the Nazis. The collection, which includes works by Pablo Picasso, Henri Matisse, Franz Marc, Paul Klee and Max Beckmann, was being kept in a dirty, trash-filled Munich apartment (pictured above) belonging to 80-year-old Cornelius Gurlitt.

On Monday, the Cologne auction house Lempertz confirmed that Gurlitt had offered them Beckmann's The Lion Tamer for sale in the middle of 2011 - six months after police seized his stash of art. The revelation suggests the nearly 1,500 works recovered by police two years ago, which Focus estimated was worth 1 billion euros ($1.4 billion), could be part of a larger collection.

Authorities have repeatedly declined to comment on the stash of art, but have scheduled a press conference for Tuesday. The German government said on Monday that it was aware for some time about the paintings' discovery.

"The government has been aware of the case for several months," government spokesman Steffen Seibert said in Berlin.

Expected to attend Tuesday's press conference is Berlin art expert Meike Hoffmann, who Focus reported had been retained by the government to investigate the art's origin and value.

Authorities first caught wind of Gurlitt, the son of prominent Nazi-era art collector Hildebrand Gurlitt, when he was caught traveling on a train from Switzerland to Munich with large amounts of cash. An investigation led to a search of his apartment in early 2011, where authorities found the paintings stored on specially-constructed shelves.

Gurlitt is currently facing possible tax evasion charges. The recovered works - at least 200 of which were officially reported missing - are now being kept in a customs warehouse outside Munich.

According to Focus, Hildebrand Gurlitt acquired the art in the 1930s and 40s and his reclusive son kept them in his home for 50 years, living off occasionally sales of single paintings.

The Nazis stole vast amounts of artwork during their 12 years in power, much of which remains missing. Hundreds of masterpieces are believed to have been seized from Jewish collectors or taken as part of a ban on "degenerate" art.

Despite having a Jewish grandmother, Hildebrand was considered important to Nazi officials because of his extensive art expertise and range of contacts. Propaganda Minister Joseph Goebbels even put him in charge of selling Nazi-seized art abroad. Hildebrand reportedly kept many of the works for himself, claiming they were destroyed in the 1945 bombing of Dresden.

Seibert said the German government had "no information" about whether claims of ownership from outside the country for the recently-discovered art had already been made.

The head of the Central Council of Jews in Germany, Dieter Graumann, has called for a thorough investigation to find out where the paintings came from, telling the Westdeutsche Allgemeine newspaper that their discovery "makes clear once again that the Holocaust was not only a mass murder, it was a deadly mass hold-up."