Spanish Prime Minister Mariano Rajoy has said painful structural reforms have enabled his country to no longer be the "sick man of Europe." He noted that Spain was on track to log the highest growth rate in the EU. 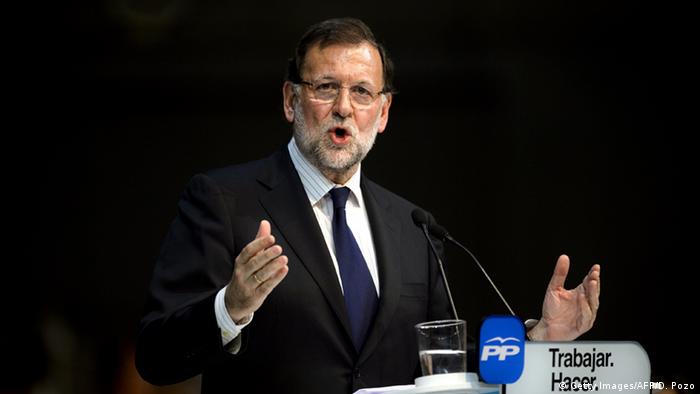 Ahead of a two-day visit to Germany, Spanish Prime Minister Mariano Rajoy said the recent economic upswing in his country would never have been possible without the harsh structural reforms the southern eurozone nation had agreed to in return for financial aid from international lenders.

In an op-ed for Monday's edition of Germany's business daily "Handelsblatt," Rajoy recalled the frustrating years of the global financial crisis when millions of jobs were slashed in Spain and the banking sector was not able to stay afloat on its own.

"Back then, we were the sick man of Europe," the prime minister said, adding that it was clear to him that only far-reaching structural reforms could rectify the situation. He pointed out that in 2012, Spain launched the biggest reform package in its recent history.

Rajoy said the measures that were implemented started paying off a couple of years later, adding that in 2014 and this year, more than 1 million new jobs had been created.

"Our economy is set to expand by 3.3 percent this year," the prime minister said. "In other words, no other EU member country will be able to log such strong growth in 2015."

Rajoy also said that budgetary discipline was putting his nation in a position to leave behind the years around 2011 when Spain posted an annual deficit of 9 percent of it gross domestic product. He said the country would meet the bloc's criteria in 2016 of logging a deficit no more than 3 percent of GDP.