The Chinese marvel at the calm of the Japanese people during the present crisis. In China, there is no such sense of security, and that is leading to large-scale panic as people buy up supplies of salt. Shoppers mob a supermarket in China to purchase salt

Wang is a merchant who sells herbs and spices in Shanghai. Never before has she seen the mass panic that broke out after the nuclear disaster in Japan disaster. She says, "Salt is completely sold out – it all sold out this morning. On a normal day, I sell around 40 packets. Today I sold 200 packets before 10 am! Each customer wanted at least 10 packets, so I had to ration the salt, and set a limit of three packets per person. Enough is enough! I have finally put a sign up to answer the most important questions: salt and seaweed are sold out!"

The customers are buying salt because Chinese salt is almost always iodized. But is it really effective protection against radiation? And is radiation from Japan likely to hit China? State media is now trying to calm the panic by telling people that iodine salt alone is not enough to protect the thyroid from radioactive iodine. But these warnings have apparently not been heeded by Wang’s customers, although, when asked, they have difficulty explaining why salt is supposedly so important. One customer is simply confused: 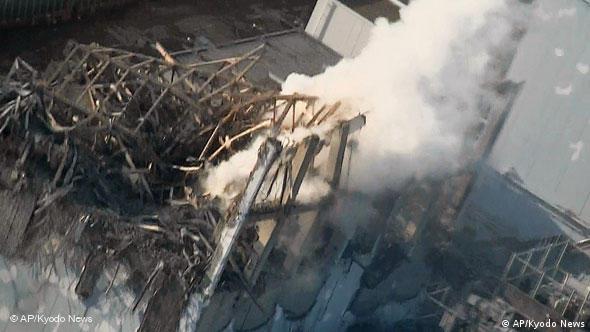 News of Japan's partial meltdown has many in China very worried

Chinese state media have repeatedly reported that all 12 Chinese coastal provinces have been tested for radioactivity and none of them has had higher than normal levels. And there are many workers out taking measurements in the Pudong district of Shanghai, which is very close to the ocean. The local government has even started sending text messages to the mobile phones of journalists, telling them there is enough salt in Shanghai, no need to worry, no need to buy extra. But no-one is taking these messages at face value.

One man explains why: "There is a saying on the internet, it goes: 'a rumor becomes true as soon as an official denies it.' That is making people all the more nervous." 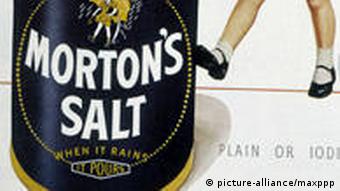 Wang’s neighbor sells milk. She says, "I can understand people buying seaweed, because that has iodine in it. But why salt? I don’t understand that. There have even been customers who have asked me if I happen to sell salt. When they can’t get their hands on any, they start to panic. When they panic, they want even more salt. It is a vicious circle."

Wang has other, more domestic, worries. "I was selling the salt at the normal price – one and a half yuan per package. After everything was sold out, I heard people had been paying up to eight yuan for one packet! My husband was very angry with me."

But some people are willing to trust the government: One man in Shanghai says, "I believe the government. I think the chaos will only last a few days."

Fukushima out of control

After further fires at two reactors and an increase in emissions of radiation, the flames blazed on for hours. Meanwhile, rescue work is continuing in the hardest hit areas on Japan’s north-east coast. (16.03.2011)

Will Japan cause aftershocks in China?

Despite fears of nuclear leakage in Japan, China vows to continue on the nuclear path. But others are warning Japan should be a lesson to the world. (14.03.2011)

There are regular earthquakes and volcano eruptions throughout the entire Asia Pacific region. But the devastation in Japan has received less attention from the region than from Europe and the USA. (16.03.2011)