Quentier: "There were no landmines"

The UN launches an investigation on Wednesday into an incident in South Sudan in which a 12-truck UN food convoy was found to be carrying weapons. 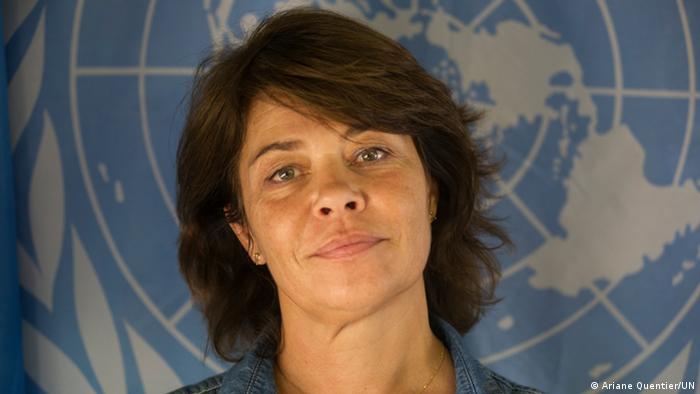 The discovery prompted hundreds of South Sudanese young men to march through the capital Juba in protest.

Anti-UN sentiment began growing in South Sudan in January when President Salva Kiir described the world body as a "parallel government" in his country.

DW: This is not the first time the South Sudanese government has accused your organization engaging in activities contrary to its mandate. What do you have to say to such accusations?

Ariane Quentier: We have been making a mistake and we have said so. What happened was that there was an error in labeling and packing the belongings of the Ghanaian contingent, which was coming to reinforce the current troop deployment in South Sudan. This mistake in labeling and packing led to an error in transporting the goods. This was an error because according to the agreement we've made with the government, we have to transport all hazardous goods – and that applies to weapons and ammunition - by air. Because of this mistake in labeling, the containers ended up being transported by road. Again, it is a very, very regrettable mistake. We want to have an investigation. We have a high level delegation arriving from New York tomorrow (12.03.2014) for this investigation which will be conducted with the South Sudanese government. We want to clarify the circumstances of this regrettable matter – and this as soon as possible.

I'd like to add something. There were no landmines in the trucks and the containers that were transporting the goods of the Ghanaians. What were (allegedly) pictures of landlines, were, in fact, showing canisters for masks or respirators.

How would you describe your relationship with the government of South Sudan?

We are very pleased that we could have yesterday (10.03.2014) a high level visit in Rumbek with the South Sudanese authority and we can only hope that our relationship with the government – and more specifically this incident – will be clarified so we can continue to work with the government in good spirit and in good faith.

I can only point you to the pictures that were produced by the government. If you look at these pictures and if you look at the objects that they call landmines – anyone who knows what a landmine looks like will immediately know that what is being displayed is not a landmine!

Tell us about the investigation you intend to carry out. What form will it take?

And are you optimistic that results of this investigation will restore faith in your organization?

The latest round of South Sudan peace talks have been postponed. The rebels, led by former vice president Riek Machar, have refused to participate in the negotiations because of a dispute over political prisoners. (10.02.2014)

The fragile cease-fire in South Sudan has enabled aid agencies to resume their work across the country. However, if there is no genuine peace by April, the rainy season could sabotage their efforts. (31.01.2014)

South Sudanese rebels say they have seized an oil-producing center. The government has branded this most recent assault a flagrant breach of a ceasefire signed in January. (18.02.2014)