North Korea has threatened to turn its southern neighbor to "ashes." Pyongyang is apparently miffed at comments made by South Korea's president about the North's recent failed rocket test. 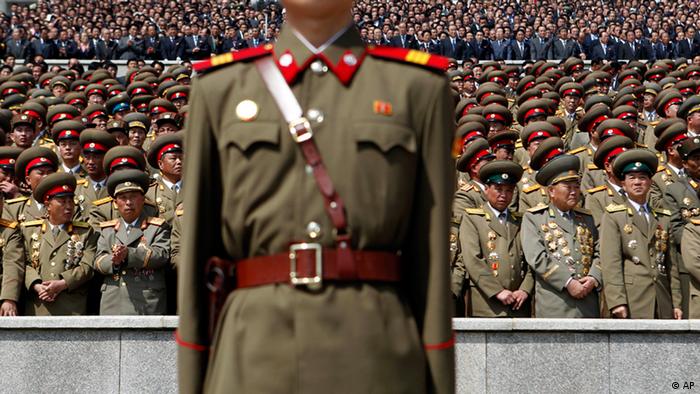 A military statement released by North Korea's official state news agency said it would reduce the government of South Korean President Lee Myung-Bak as well as the country's media outlets to ashes" through what it described as "unprecedented, peculiar means."

"The special actions of our revolutionary armed forces will start soon to meet the reckless challenge of the group of traitors," the statement said.

The statement represented a new spike in tensions between the communist North and capitalist South following Pyongyang's unsuccessful rocket launch on April 13, which had been timed to coincide with celebrations marking the 100th anniversary of the birth of North Korea's founder, Kim Il Sung. The rocket exploded a couple of minutes after lift-off.

Observers said Pyongyang had apparently been particularly annoyed by comments made by President Lee and political pundits in the South who said that the North Korean government would have been better off spending the estimated $850 million (460 million euros) cost of the launch on food for the country's impoverished population. Lee also called on Friday for North Korea's young leader, Kim Jong Un to reform the country's agriculture system and improve human rights.

Monday's statement has fuelled speculation that the North could be set to conduct a nuclear test, which it has done after previous rocket launches in 2006 and 2009.

Some have even suggested that Pyongyang could be set to take concrete action against Seoul.

"The easiest option will be cyber terror … but we may have to guard against actual terrorist actions," Cheong Seong-Chang of the Sejong Institute told the AFP news agency.