Pushing for Pre-Christmas Peace in Germany | Business| Economy and finance news from a German perspective | DW | 10.11.2005

Pushing for Pre-Christmas Peace in Germany

Germany's largest Christian churches and the country's retailers have called on people to hold their Christmas spirit until the end of November to keep the season from losing its significance. 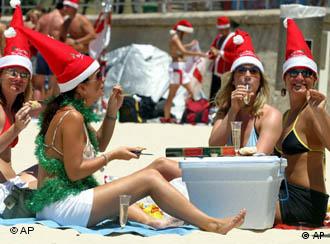 While workers throughout Germany have been installing Christmas decorations in pedestrian zones, shopping malls and stores, the unlikely alliance of churches and retailers called on people not to turn the lights on and keep Christmas markets closed for a few more weeks.

"Everything in its time. Advent is in December," is the initiative's motto that is also supported by Germany's League of Cities and Municipalities and the consumer protection office.

Margot Kässmann, the bishop of the Evangelical Church in Hanover, said that the campaign was not targeting consumerism as such, but was rather trying to give people the chance to enjoy a limited and special time of year to prepare for Christmas. 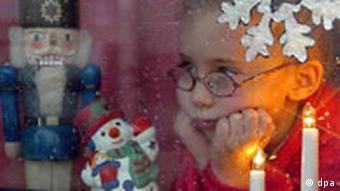 Is she getting enough time for reflection?

"The point is to give people an opportunity for tranquillity and contemplation," said Karl Jüsten, a representative for the Catholic Church, according to dpa news service.

But he added that there was no need to overreact.

Retailer representatives meanwhile said they saw the initiative as an "attempt at reconciliation between commerce and church. 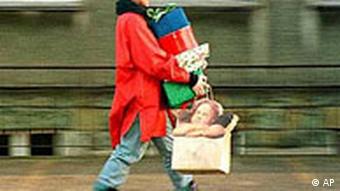 Support for a late Christmas might also get easier if retailers actually manage to push through a demand that stores are allowed to stay open on Sundays during December.

While stores can currently open on four Sundays per year, December has been taboo so far.

"Municipalities have to be able to allow open Sundays in December as well," Pellengahr said last week, adding that retailers were not trying to get more Sundays to sell their goods.

One German town seems eager to do away completely with closed shops on Sundays. The town council of Marktl am Inn has asked the authorities in Upper Bavaria to allow shops around the central square to open on Sunday. 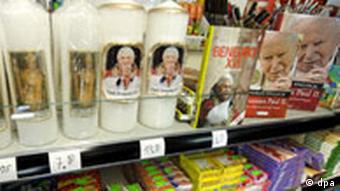 They say that this is necessary to deal with the recent increase in tourists, who mainly tend to visit Marktl on Sunday.

The reason? Marktl is the birthplace of Joseph Ratzinger, now better known as Pope Benedict XVI.

Germany's Evangelical Church is urging believers to shun the Celtic-inspired Halloween because of sour grapes over the spooky holiday's overshadowing of Reformation Day. And they are offering a sweet incentive to do so. (Oct. 31. 2005)

Stores Get Creative to Lure Business

German retail has been suffering for years now, but more and more shopkeepers are finding new ways to bring customers through their doors -- and keep them there. (Sept. 28, 2005)

Groups in Germany and Austria have launched campaigns protesting the commercialization of Christmas. The target of their ire is Santa, an American import who they say doesn't represent what the holiday is all about. (Dec. 20, 2005)