Professor Rolf Schulmeister tells DW about the surprising results of a new study. Students who spend a lot of time studying do not necessarily get better grades. 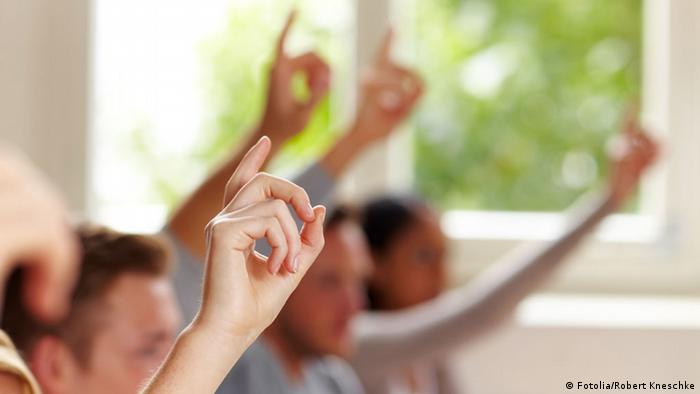 Over three years, Hamburg professor Rolf Schulmeister examined the learning patterns of German students as part of a one-off international study. The recently published results make for sobering reading, as it appears that academic achievement and effort have little to do with each another. Schulmeister is calling for reforms to university degree courses.

DW: If making more effort does not lead to better grades, then what does? Sheer intelligence? 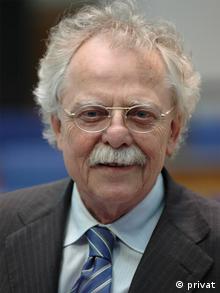 Rolf Schulmeister: Good heavens, no! It is not about intelligence. It's not about talent, but the motivation to learn. This is reflected in different patterns of learning and can mean that students are easily distracted, or that when confronted with difficult texts, statistics or mathematics, they say, "I'll do that next week." And the way degree courses are organized with eight to 12 seminars per week exacerbates this problem. Students are unsure about which seminars they really need to study for.

In your study, for which hundreds of students kept learning diaries, there appears to be five different types of learners. Which types of learners achieve especially good results at university, and which do not?

The highest achieving learners are the "self-determined learners," who demonstrate a strong ability to concentrate and can study very attentively over the course of an hour. Because of that, they achieve more than other students. The opposite of that are learners who demonstrate "study avoidance." When things become challenging, they resort to diversionary measures such as television or Facebook. They like to put off tasks for later. Then they start studying at the last minute before exams.

You have been researching the expenditure of time and the success of German students in your "Time Burden" study since 2009. In it you determined that students only allocate around 23 hours per week to their university studies. Nevertheless, they complain about the amount of stress they are under. Is that related to their learning behavior?

On the one hand, it is related to their learning behavior, but on the other hand it is related to the structure of degree courses. In German universities, far too many seminars are offered in a subject per week, which focus on a whole range of different topics. Students are unsure as to which topics they should be concentrating on. Then four months later, in January or in July, all the exams covering all the different topics take place. That is really threatening for many students.

How should degree courses be organized in order to make it easier for students to learn?

As part of the study, in a number of engineering and computer science degree courses we offered the modules - which bachelor's degrees now consist of - in the form of blocks. The modules are taught over the course of four-week blocks and not spread over the 14 weeks of each semester. Students are then able to concentrate on specific topics. With success: The students suddenly invest 34 hours as opposed to 23 hours in their studies. In computer science degrees in St. Pölten, we could see that the students' grades on the final exam improved by one-and-a-half levels.

That means that you are calling for block learning in German universities. Would that make sense in all degree subjects?

There are enough programs in which there are electives aside from the major subject. That means that block learning could easily be introduced. We did it at the Technical University of Ilmenau, so that students had block seminars on three days and elective seminars for the other two. Many universities in Canada run seminars only for half days, for four to five hours. That's also a possible model.

You completed your "Time Burden" study early this year. There have been many discussions about it in Germany. Have your findings led to any changes at universities?

At the Technical Museum of Ilmenau changes have been made and a so-called foundation semester has been introduced, during which a similar block pattern of learning occurs. Other universities are still trying out the recommendations in pilot courses, and in St. Pölten in Austria a Day of Teaching was recently held. It was attended by university rectors and many of them signed up for pilot schemes.

In Germany, children from socially disadvantaged backgrounds are more likely to quit school than just about anywhere else in the world. A Mannheim street school gives some of these drop-outs a second chance. (13.04.2012)

Poor children have little chance of an academic career, according to the results of a new study from the Bertelsmann Stiftung. The think tank looked at the link between social background and education in German schools. (13.03.2012)