Female bankers, managers, politicians and CEOs have come to London for the Most Powerful Women meeting, organized by US business magazine Fortune. This year's theme was "The New Connected Leadership." 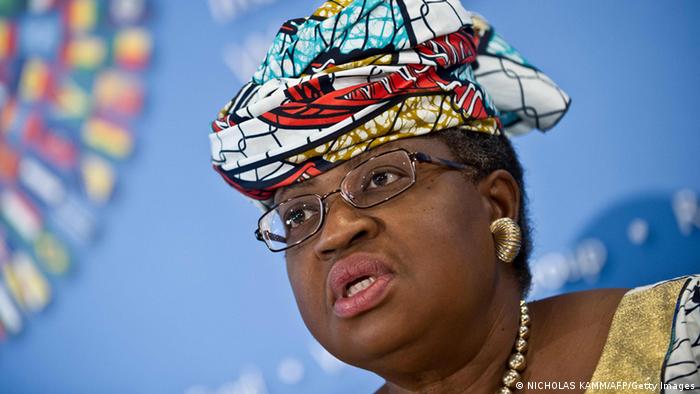 She's finally found the time to take a deep breath. Belena Romana is sitting in a London hotel, talking about her work. She recalls having a Sunday off a few weeks ago, the first one in two years. It was a day when her bank didn't make any headlines for a change, she says with a touch of fatalism.

Romana is the head of Sareb, Spain's bad bank. The bank is a thorn in the side of many Spaniards as it sits on 50 billion euros (68 billion dollars) in toxic assets, that is assets whose value has decreased rapidly as a result of the euro crisis.

Among those assets are the homes of many Spaniards, with the real estate in question now being offered to US hedge funds and other financial players.

Fighting for the best price

"We need to sell, that's our goal," Romana says. Sareb has 15 years to get rid of its toxic assets for the best price possible. Romana doesn't like the term "bad bank" at all.

"We don't even have a banking license," she notes, arguing that Sareb would therefore not be a bank in the classical sense of the word at all.

Romana talks about the huge challenges that come with her job in a banking world dominated by men. Hedge fund managers are tough negotiators, aiming to secure maximum profit, she says. But Sareb, she adds, wants the best price.

Belen Romana's career is as astonishing as those of the other women exchanging their views at this special get-together in London. They've all made it and belong among the elite in the worlds of business and policy-making.

One of them is Ngozi Okonjo-Iweala (pictured above), Nigeria's Finance Minister, formerly Foreign Minister and an official at the World Bank. With a good deal of passion she reports about intense negotiations with the Paris Club on relief for Nigeria's 30 billion euros in foreign debt. Okonjo-Iweala was a member of the Nigerian negotiating delegation and didn't go down well with everyone at the table.

For years the minister has been committed to fighting corruption in her country.

"We found 45,000 ghost workers," she says, people who existed only on paper, but also received wages. "This is not possible anymore."

In 2012, her mother was abducted, with the kidnappers' only demand being her resignation. She refused, and her mother got away from the kidnappers by a stroke of luck. Okonjo-Iweala admitted she was thinking a lot about throwing in the towel back then.

Standard topics such as a quota for women or equal pay for equal work are not being debated here in London, and many participants don't mind at all. Instead, they're focusing on the state of the global economy, opportunities for start-ups or marketing and social media developments.

Women doctors in leadership positions - a rarity in Germany

And yet, the atmosphere here is different from other conferences, because - as one participant put it - "there are no grumpy old men" around who would normally dominate discussions.

Women's careers often do not follow a linear trajectory, many participants agreed, saying sometimes they only get a top job because the tasks associated with it seem insolvable.

Maelle Gavert is a case in point. The Frenchwoman speaks fluent Russian and worked for Boston Consulting Group. In 2009, she became managing director at Russia's Ozon Group, taking the top job at the company two years later.

Ozon is the Russian equivalent to Amazon, but has hit a number of snags. Transport routes in Russia, for instance, can be hazardous. But despite the logistical challenges, Gavet has managed to collect 150 million dollars in her latest campaign to raise venture capital.

She doesn't see any major problems as a result of the ongoing Ukraine conflict.

"We focus on Russia," she says. "Of course, lenders will have scrutinized our credit lines, but since we have drummed up so much risk capital, we don't need any loans."

Gavet is currently building up a transport service of her own. Contacts with customers are being intensified via social media channels. Today, Ozon has several million customers and a workforce of over 2,500.

Earlier this year, she and representatives of four other firms were invited to visit the Kremlin. Russian President Vladimir Putin wanted to be filled in on the opportunities of the web-based economy.

Asked about how it was, Gavet said with a telling smile, "I was the only foreigner and the only woman."