For hundreds of years, the Marranos of Belmonte were forced to practice their Jewish belief in secret. It is only in the last couple of decades that this withdrawn community has opened up to the outside world. 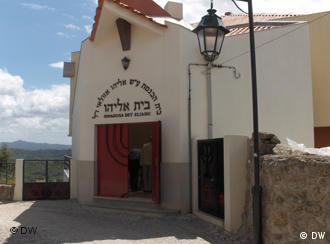 Belmonte didn't get an official synagogue until 1996

Throughout most of the Middle Ages, Jews on the Iberian Peninsula enjoyed freedom, wealth and power. Yet the Spanish and Portuguese inquisitions in the late 15th century changed this. Those Jews who weren't expelled were forced to convert to Catholicism.

But in the small village of Belmonte, the Jewish community decided to risk persecution and even death and continued to practice their religion in secret. For centuries, these so-called Marranos led a clandestine existence.

Living among Christians, the Crypto-Jews in this mountainous northeast town close to the Spanish border protected themselves by giving the appearance of following the same religion. Prayers and traditions were practiced at home under maximum secrecy behind closed doors and windows.

The Marranos also abandoned circumcision, since any circumcised man would be highly suspicious. Writing in Hebrew was given up, as were most traditional Jewish rituals. Crypto-Jews even took up Christian names and went to church to mislead their neighbors.

The fear of persecution remained strong

Today, relations between Christians and Marranos are good. But that deep-seated fear of the outside world is still present, says José Henrique, an old Marrano in his seventies. 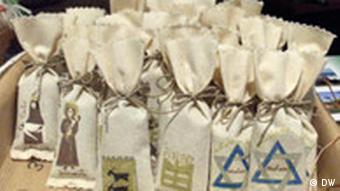 For hundreds of years, Jewish traditions had to be practiced secretly

"Of course the times of inquisition are over, but the fear remains," Henrique says. "Many horrible things happened to the Jews over the past few centuries. Here in Belmonte, there was always mistrust."

The fear of persecution remained deep. But with the end of the Salazar dictatorship in the mid-1970s, the Marranos slowly opened up, says David Canelo, a history teacher in Belmonte who has written several books about them.

Yet Canelo says that even though the Crypto-Jews are progressively reintegrating into the wider Jewish religion, some are today still following secret rituals.

"In the past, the Crypto-Jews survived within the Catholic world and today, this secret Jewish religion still exists within Judaism," Canelo says. "But either way, it's a hidden religion." Belmonte's Jews still celebrate the passah feast secretly, as well as prayers and other ceremonies, he says.

"The reason lies in the traditions surrounding secrecy handed down from generation to generation, which has given the Crypto-Jews their strength and their secret character," Canelo says.

Even the food was affected

This clandestine existence even impacted the Marranos' diets as they prepared Alheira, the heavily seasoned sausages that are still very popular throughout many parts of Portugal. By adapting their Kosher cooking, the Marranos gave the impression that they ate pork. In fact, though, the recipe involved rabbit and chicken, says resident Antonia. 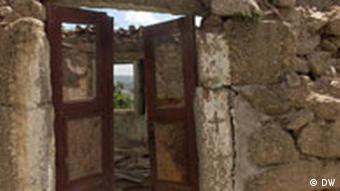 Crosses marked those homes whose owners had converted to Catholicism

"Everything is mixed and in the end, it looks like if it was pig meat," Antonia says. "That's how we make Alheira."

The secret belief of Belmonte's Jews was not uncovered until the early 20th century. The Polish-Jewish mining engineer Samuel Schwartz discovered the Marranos in 1917 and subsequently published a book about his experiences.

But it still took decades for the community in Belmonte's Jewish quarter, with its maze of ancient alleyways and buildings, to openly live out their belief. A synagogue, built by wealthy Jewish donors from Morocco and North America, wasn't opened until 1996. 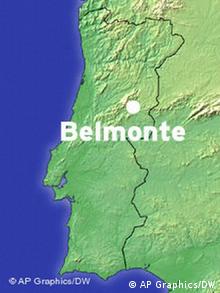 Belmonte is home to the last remaining Marrano community

Today, the Marranos claim to profess Orthodox Judaism. But research into Crypto-Jewish life remains extremely difficult for outsiders. Faced with a wall of silence and distrust, even Jews are subject to close scrutiny before they are introduced into the privacy of local families.

It's estimated that maybe 100 Marranos still live in Belmonte. But only very few are willing to speak -- and with the numbers dwindling rapidly, this is not likely to change in the future.