Poll: Regrets? German parents increasingly have a few | Germany | News and in-depth reporting from Berlin and beyond | DW | 31.07.2016

Constant feeding, wiping runny noses, nappy-changing: According to a new study, one in five mothers and one in five fathers in Germany regret having a child. What does that say about our society? 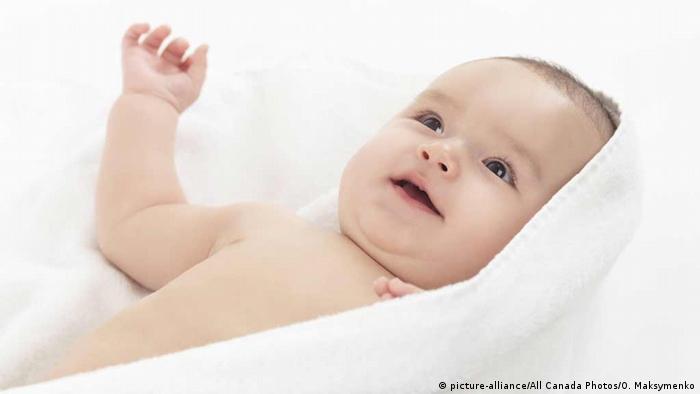 The opinion research institute YouGov recently polled 2,045 parents to find out how many of them, if they were able to revisit the choice, would prefer to live their life without children. Nineteen percent of mothers and 20 percent of fathers responded in the affirmative. YouGov spokesman Holger Geissler, a trained psychologist, told DW that the number is "critical."

"Today, I really regret bringing a child into the world," Geissler said one mother told him. However, she added: "He's the greatest gift I've ever been given."

There were complaints about parenting, even among respondents who would not have reconsidered having children. For example, 52 percent of parents said there had been moments when they had felt that their lives were limited by parenthood.

Sixty-four percent of parents said there were not enough child care options in Germany. "We saw fairly clearly that the more child care possibilities the parents have, the less they regret having a child," Geissler said.

Professional fulfillment was another important issue. Forty-four percent of mothers and 20 percent of the fathers said they would have done better in their careers if they hadn't had children.

In response, North Rhine-Westphalia's Family Affairs Minister Christina Kampmann told the Neue Westfälische newspaper that no one is allowed to be discriminated against professionally for starting a family.

But Geissler, himself a father of four, believes politicians need to do more. He said people should take a good look at the outcome of the study, particularly in a country like Germany, where the birth rate is steadily falling - "because if 20 percent of the parents then say that they regret it, where is this heading?"

The debate, at least, is heading in the expected direction on Twitter. One user writes that regretting parenthood is nothing less than betraying children. A 2015 study by the Israeli sociologist Orna Donath provoked similarly heated comments. "Regretting Motherhood" was based on interviews she conducted with 23 mothers who had all said that if they could choose again, they would decide against having children. The reason many of them gave was that they did not find motherhood fulfilling. Though many were horrified by the study here in Germany, others were relieved. Many women were glad to receive confirmation that it is all right to not feel completely fulfilled by motherhood.

Many Germans find themselves stigmatized if they are reluctant to give up their careers when they have children - when they don't conform to the often overidealized image of the mother. Geissler said progress had been made in this area - even if, women continue to bear much of the responsibility of parenting and are often forced to make sacrifices in other areas.

Geissler, who is a trained psychologist, advises potential parents to thoroughly consider the consequences to protect themselves from disappointment and regret. "It makes sense to think carefully beforehand about what it means to have a child," he said, adding that men in particular don't realize how much their position within the family will change - as might their sex lives: "I suspect that's one aspect of why fathers subsequently regret becoming a father."