The Greek-French director released the political thriller "Z" in 1969. The story of the assassination of an anti-war activist became a global hit and reinvented the genre. Costa-Gavras has inspired directors ever since.

For years now, Greece has been entrenched in a deep economic crisis and fraught with divisions. Looking at the films of Costa-Gavras (short for Konstantinos Gavras), such issues are not exclusive to the contemporary era — or his home country.

He is not called "the master of political thriller" for nothing: The filmography of the 85-year-old director reads as a chronicle of political tensions all around the world.

On the occasion of the 31st European Film Awards on December 15, the legendary filmmaker will be presented with the Honorary Award of the EFA President and Board.

A new life in France

Costa-Gavras was born on February 12, 1933, in the province of Arcadia, Greece, in the mythical region that is said to be the home of the god Pan and that even gave the name to a utopian vision of nature that has been present in art since Antiquity.

But to look for a mythical depiction of wilderness in his movies would be a mistake. Even though Costa-Gavras has directed several comedies as well, his work most famously deals with the fate of people who suffer under military regimes.

His interest in the matter comes from the fact that Costa-Gavras' father, a communist, fought against the Nazi occupation of Greece during World War II, only to see himself oppressed by the Greek state in the post-war era. 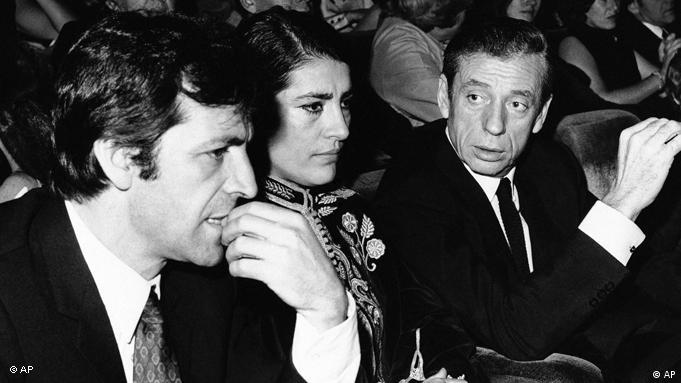 Costa-Gavras (foreground) at the US premiere of "Z" in 1969, along with stars Irene Papas and Yves Montand

In 1954, Konstantinos Gavras left his home country and immigrated to France. After studying literature and film, he assisted various famous French film directors. Two years later, he became a citizen of the "Grande Nation" and made his debut as a director in 1965.

He then directed numerous political thrillers featuring the world's most acute crisis regions, covering military dictatorships in South America and Europe, the Middle East conflict, the Holocaust or challenges facing modern democracies, including racism and anti-Semitism.

Costa-Gavras has remained committed to political and social issues. His latest film, "Adults in the Room," which is set to hit the screens later this year, tells the story of the financial imbalance in the world and is based on a book by Yanis Varoufakis, the former Greek Minister of Finance. 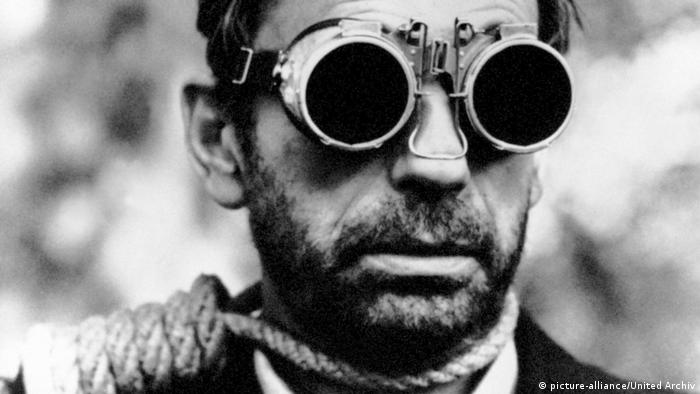 A still from "The Confession" (1970), based on the story of Czechoslovak communist politician Artur London

Although the world seems to be shaking in many of his releases, one thing is for sure: Costa-Gavras does not make movies for small art houses but always strives to attract the mainstream audience.

He works with international stars, makes use of epic effects and is not afraid to add pure fiction into a true story — a fact for which he is regularly criticized. Some left-wing activists shun him for "making popular flicks," claiming that the message of his movies is subdued by his use of conventional Hollywood aesthetics.

In 2017, Costa-Gavras came to Berlin as an honorary guest of Hellas Filmbox, a festival devoted to the contemporary film scene in crisis-ridden Greece. "Political films continue to be made and are regarded as important," said the festival organizers, "but what about the thesis that basically all art, including film, is always political?"

Costa-Gavras has an answer for that: "Cinema is always political," he said in a DW interview 10 years ago.

A documentary about the Greek star conductor Teodor Currentzis will premiere on DW on Saturday, September 17. The film focusing on the director and the top Russian orchestra MusicAeterna is a co-production. (05.09.2016)

Poland's most renowned filmmaker, Andrzej Wajda chronicled the upheavals of his country and fought for freedom. He died on October 9 at the age of 90. Here are some of his most memorable works. (10.10.2016)

President Joachim Gauck has raised the possibility of Germany addressing Greece's demands for reparations for the Nazi occupation of the country. Berlin has previously repeatedly rejected Athens' claims. (02.05.2015)

What Is Your Favorite European Bridge?

Bridges are not just useful for crossing rivers, railway tracks or roads. They are also popular photographic and postcard motifs. Some are architectural masterpieces. What is your favorite bridge in Europe?