Political parties form colorful spectrum in Germany | News and current affairs from Germany and around the world | DW | 18.08.2009

For a long time, the German political palette was dominated by black, red, and yellow. But then green and - most recently - dark red were added to the mix. DW-WORLD.DE explains what's behind the colors. 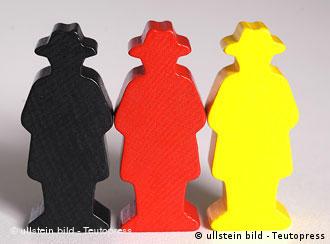 Germans have several political colors to choose from

From Konrad Adenauer to Helmut Kohl to Angela Merkel: the Christian Democratic Union (CDU), together with its Bavarian sister party, the Christian Social Union (CSU) has held the office of chancellor the longest. In the postwar era, most of its followers came from the former Center Party (Zentrumspartei), which was heavily influenced by the Catholic Church. Popular references to the conservatives as "die Schwarzen" (the blacks) also come from the Center Party, as at one time, it was represented in parliament by many black-robed Catholic priests. Both parties have the word "Christian" in their names, and are located on the center-right of the political spectrum.

Traditionally, the CDU/CSU represent Christian views and ideals. But they also endeavor to reflect a broad popular consensus. Their preferred coalition partner is the pro-business, liberal Free Democratic Party (FDP). But when pushed, they'll also enter a "grand coalition" with the Social Democrats (SPD). That was the case toward the end of the 1960s, and now again since 2005. 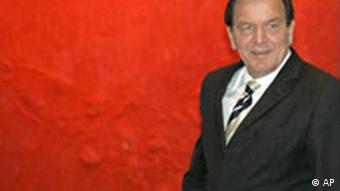 Interrupting periods of conservative leadership is the SPD, which has put forward chancellors Willy Brandt, Helmut Schmidt and, most recently; Gerhard Schroeder. The red of the SPD's banner points to the party's roots in the workers' movement in the second half of the 19th century. The SPD existed under the same name during the Weimar Republic, but like all other parties, it was banned by the Nazis and many of its members died in concentration camps.

After the war, ideological arguments divided party members. In 1959, the SPD outlined its political course in the Godesberg Program, changing from a "party of the working class to a party of the people."

Green means more than the environment

Until the mid-1980s, the Social Democrats were limited in their choice of coalition partner, with only the FDP or - as was the case in the 1960s - a "grand coalition" with the conservatives as options. But during the 1980s, a new coalition partner entered the political stage: the Greens. The party has its roots in the anti-nuclear and peace movements of the 1970s, but the women's and civil rights movements also contributed many followers. So in addition to environmental issues, gender equality issues are also at the top of the Greens' agenda. Gradually, the SPD tested alliances with the Greens at the municipal and state level, until red-green took over the leadership of the country under former Chancellor Gerhard Schroeder. Meanwhile, black-green is a combination that can be found, if only at the municipal and state levels. 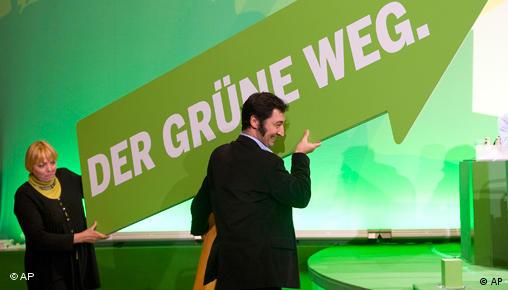 The Greens' full name is actually "Buendnis 90/Die Grünen" (Alliance 90/The Greens), as in 1993, a citizen's alliance from eastern Germany joined forces with the Greens.

The FDP, which has traditionally borne the color yellow, has lost its position as the only decisive weight to tip the scales between the CDU/CSU and the SPD. Until the 1990s, the FDP was a junior partner in almost every federal government, but it hasn't been in power since then.

The party is built on the tradition of liberalism in Germany and rejects excessive state regulation. The FDP often represents the interests of small and medium-sized businesses, and is frequently branded the party of high-income earners.

For several years now, the Left Party has been enjoying a resurgence. Like the SPD, their color is also red, but they prefer to describe it as "dark red," while the media sometimes refers to them as pink. The Left Party mostly gained its base from disaffected former members of the SPD. And in the SPD camp, there have been heated internal debates about what position to take on the leftists. But generally, all the established parties have a problem with the Left Party, and that has to do with its history. In the country's east, the party has its roots in the former Communist Party of East Germany, the SED. After reunification, the SED reformed itself and became the Party of Democratic Socialism (PDS), but for many critics, the new party did little to distinguish itself from the old. 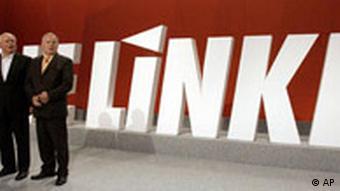 The Left Party's western roots can be found in a splinter party of the SPD, the WASG (Electoral Alternative for Labor and Social Justice). In the meantime, the PDS and WASG have joined together to become the Left Party, champion of social causes and the "little man." The party has also not shied away from trying to gain points with Germany's left-wing radicals.

Political successes by German right-wing extremists, who are invariably described as brown, always attract a lot of attention. In particular, the National Democratic Party (NPD) got tongues wagging back in the 1960s when it gained representation in several state parliaments. In recent years, too, the NPD has managed to win state parliamentary seats. An attempt to ban the NPD was stopped by the constitutional court in 2003 due to procedural mistakes, but the topic hasn't died: in some circles, there's discussion about launching a new petition to ban the party.

Other groups on the far-right end of the spectrum - the Republicans and the German People's Union (DVU), for example - have also found their way into state parliaments. However, no far-right party has yet to pass the 5 percent hurdle in a national election.

The victory of Germany's conservatives in EU elections has led to increased speculation about the outcome of federal elections in September. But commentators say there's still a long way to go. (08.06.2009)