When the NSU trial finally got underway, 77 plaintiffs were watching. They want to shed light on the role of state authorities in the right-wing murder spree. 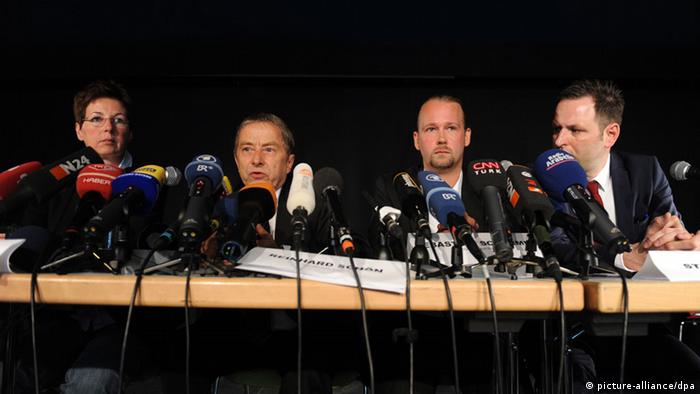 As a consequence of a recently implemented victims' rights law, an unusually high number of plaintiffs are represented at the criminal trial of the National Socialist Underground (NSU), a militant right-wing terror cell accused of murdering nine immigrants and a policewoman.

During a press conference on Sunday (05.05.2013), the plaintiffs' lawyers said that they want the trial to go beyond simply convicting the accused. They also want the proceeding to shed light on the possible complicity of state authorities in the murders.

"For us, it's not about convicting the five defendants as fast as possible," said Sebastian Scharmer, one of the lawyers who spoke on Sunday about their strategy for the trial. "We will make the state's failure part of the trial."

Scharmer represents Gamze Kubasik, daughter of Mehmet Kubasik, who was killed by the NSU in Dortmund. The Berlin lawyer is one of the many attorneys representing the 77 plaintiffs in the trial.

Scharmer is convinced that the NSU didn't just consist of three right-wing extremists, but that it had more than 100 members - including some informants for the Federal Office for the Protection of the Constitution, Germany's domestic intelligence agency. 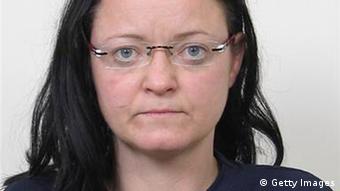 The Berlin lawyer wants to know why the authorities didn't arrest, or at the very least search for, the three members of the NSU who were already known to them. He also wants answers to unresolved questions about the NSU's financing, in particular, whether or not undercover police informants were involved.

"We expect that the presiding judge has the necessary sensitivity to admit our evidence," the lawyer said, adding that he plans to fully exploit every legal recourse that the trial presents.

"Being that neither the authorities, nor the parliament's investigatory committees could so far clear up the circumstances of the killings, that is now our goal," he said.

Scharmer went on to criticize the federal prosecutor's office for completely leaving out the failure of the authorities in the official charge.

"We have reasonable ground for suspicion," he said. "We have to find out more than the charges brought against the defendants."

Munichattorney Stephen Lucas also maintains that, contrary to what "politicians would like to have us believe," the trial could have a much broader scope. Lucas represents the son and daughter of Enver Simsek, who was murdered by the NSU in Nuremberg.

The Munich lawyer considers the 10 murders "an attack on Germany's republican political order." For the first time since the reign of terror by the left-wing Red Army Faction (RAF) in the late 1970s, terrorists have committed acts of violence against the underpinnings of Germany's free society, Lucas said. He wonders why the government does not share this view:

"Is it because the terrorism this time affected a weak social group - namely immigrants - and not economic bigwigs and politicians?"

Lucas says that the plaintiffs have not only suffered from the NSU's acts of violence, but also due to the subsequently mismanaged investigation, in which either "incompetence or willful negligence played a role." With this drastic formulation, the Munich lawyer suggests that state officials could possibly face legal consequences. 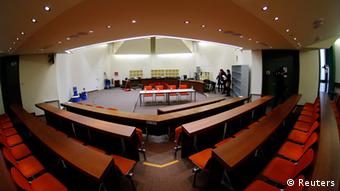 That's why Lucas hopes that the main defendant, Beate Zschäpe, will talk during the trial. If Zschäpe uses the opportunity to talk, she could make a major contribution to clearing up whether or not the state had any role in the murders.

For lawyer Angelika Lex, the trial is also about resolving unanswered questions. She represents the widow of Theodoros Boulgarides, who was murdered in Munich. He is the only Greek immigrant to have been targeted by the NSU. Lex wants the trial to find out why the NSU murdered Boulgarides:

"Why was he selected? How did they scout out the crime scene? What local supporters helped? Could the death of this man have been prevented, if all the relevant authorities had launched a proper investigation, especially domestic intelligence?"

Lex criticizes the authorities for failing to trace the murder trail back to extreme right-wing elements, despite an extensive police investigation over the course of several years.

"In the year 2002, an extreme right-wing newspaper published the words 'Greetings to the NSU'," she recalls.

According to Lex, the media stigmatized the murder victims, by suggesting that they were somehow connected to organized crime. As a consequence, friends and family members withdrew their support, "because nobody wants to be friends with someone who is connected to criminal elements."

And as a result of this stigmatization, many of the victims have lost their faith in the rule of law, Lex said. But she believes that the trial can help restore some of that lost trust.

"The trial can do that," Lex said. "It is the job of the court to comprehensively elucidate the facts of the case."

The long-awaited trial of Beate Zschäpe and four alleged supporters of the National Socialist Underground (NSU) is set to begin in Munich. But who are the defendants charged with involvement in 10 murders? (05.05.2013)

As legal proceedings get underway against the right-wing extremist group National Socialist Underground (NSU), the Munich court handling the case already has many turbulent weeks behind it. (05.05.2013)

The high profile neo-Nazi trial of Beate Zschäpe and her NSU terror group has attracted a lot of foreign media attention. Zschäpe and four others are accused of 10 race-related murders. DW is following the trial. (05.05.2013)