Cases of dengue have nearly doubled so far this year compared to last year. The sharp spike came after the government stopped an immunization program. 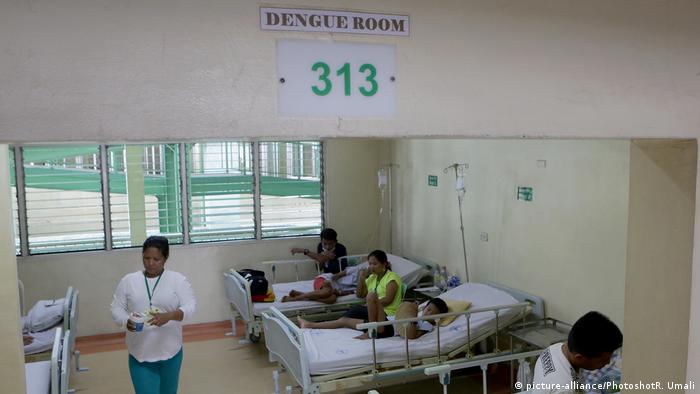 The Philippines declared a national dengue epidemic on Tuesday in response to a spike in infections of the mosquito-borne virus.

Health Secretary Francisco Duque III said the declaration would improve the response to the outbreak, which so far this year has caused 622 deaths.

"It is important that a national epidemic be declared ... to identify where a localized response is needed and to enable the local government units to use their quick response fund to address the epidemic situation," he told a meeting of disaster management officials.

The Philippines has recorded 146,062 case of the tropical disease from January through July 20 this year, a more than 98% increase from the same period last year.

The increase in cases comes two years after the government halted a mass immunization program using the vaccine Dengvaxia after the French pharmaceutical firm Sanofi Pasteur warned the vaccine could worsen the disease in some cases.