Traditional Islamic practices in Bangladesh have undergone changes as influence from the Middle East increases. Many women have started wearing black Middle Eastern burqas, as it makes them feel 'safer'. Bangladesh's Islamic tradition is known to be moderate. The traditional schools of Islam there are Hanafi and Sufi. Hanafi is one of the four schools of thought in Sunni Islam and is known for its liberal religious orientation. However, there have been gradual changes in local practices. Imtiyaz Ahmed, a religious scholar and professor of International Relations at Dhaka University, says Bangladesh is being influenced by Middle Eastern culture. 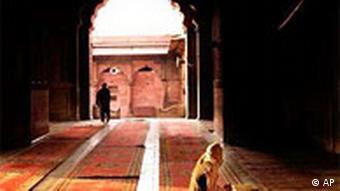 Ahmed says the conservative Wahabi is the dominant form of Islam in Saudi Arabia. He adds that it is often referred to as "petro-Islam" because of Saudi Arabia’s efforts to promote it worldwide. "After all Bangladesh, a Muslim country, you get oil on a concession price from the Middle Eastern countries and they don’t come free. So, if Saudi Arabia is giving oil, Saudi Arabia would definitely want that some of their ideas to come with oil."

Ahmed says migrant labourers are being influenced by Middle Eastern practices, which have affected Islamic rituals and education in Bangladesh. He says the Milad, the celebration of the Prophet Muhammad’s birthday, was an integral part of Bangladeshi culture. But now it is no longer popular. "In the Hanafi tradition, the prophet’s birthday is a celebration. There is a national holiday on that day Milad an-Nabi. But there is no national holiday in Saudi Arabia on the Prophet’s birthday," says Ahmed. 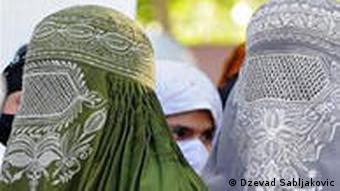 According to Bangladeshi tradition, burqas can be many different colors

There has been an increase in the number of urban women wearing black, Middle Eastern-stlye burqas because of the perception that law and order are in decline. In recent years, violence against women has spiked, there are regular news reports of eve teasing or harassment on the streets, and cases of young girls committing suicide because of it. Acid attacks continue to be a problem in Bangladesh despite a 2002 law making them punishable by death. So Ahmed believes the burquas make many women feel "safe."

Forty-year-old Farzana has also started wearing a black burqa after enrolling her two sons at the local Koran school, or Madrassa. She says she prefers sending her children to a Koran school because other schools were too expensive. She says her sons asked her to wear it because "the teachers scold the students whose mothers don’t wear burqas. So, I asked my nephew who works in the Middle East to get me one." 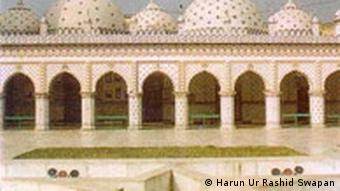 About 90 percent of Bangladesh’s 158 million people are Muslim. Nearly 6 million of them go to school in Quomi madrassas, which are entirely supported by private donations and not regulated by the Bangladeshi Education board.

India's new law to stop violence in the name of religion

India is drafting a law for people impacted by communal violence. Existing laws have been found to be inadequate for preventing such violence and punishing the guilty. (16.06.2011)