On October 1, Peter Limbourg (53) took office as director general of Deutsche Welle (DW). He had been elected as Erik Bettermann's successor in this function by the Broadcasting Board in March 2013. 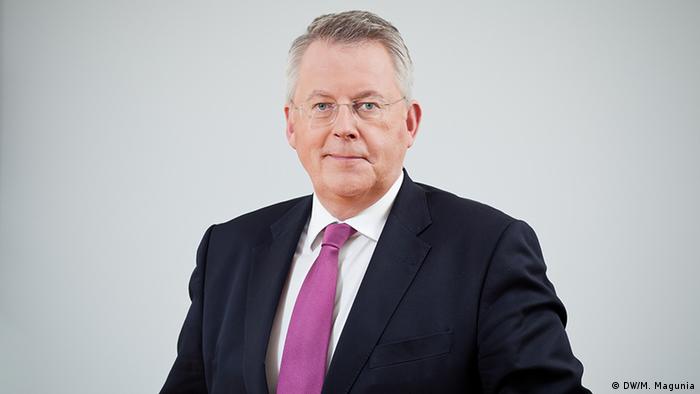 Limbourg was the Senior Vice President of News and Political Information at ProSiebenSat.1 TV Germany until September 30. In the past few weeks, he has already held a series of talks with different editorial teams and departments at Deutsche Welle.

Peter Limbourg said: "It is a great challenge and a fascinating task to be at the helm of Germany’s international broadcaster. Deutsche Welle is a media organization that enjoys an excellent reputation with its audiences worldwide. In a world, where a large number of international broadcasters are now promoting a variety of views, it is all the more important for us to persistently stand for our shared values. We will continue to ensure the credibility that DW’s staff, with great commitment, has established over the last 60 years by providing quality journalism. We will also consistently enhance DW's multimedia profile."

Limbourg announced that by spring 2014 - after conducting extensive talks with DW's staff, the Broadcasting Board, the Administrative Board as well as political and social groups - he will set out a new strategic plan for Deutsche Welle for the period from 2014 to 2017.

Erik Bettermann's term as director general ends on September 30. He has headed Deutsche Welle since 2001 and has overseen the broadcaster’s strategic realignment in the last 12 years.

After his military service, Peter Limbourg studied law in Bonn and passed the First State Examination of Law in 1987. From 1988 to 1989 he completed a journalistic traineeship at the German television news agency Deutsche Fernsehnachrichten Agentur (DFA) in Bonn and London. He worked as a reporter in Leipzig in the former GDR before becoming the Europe and NATO correspondent for DFA and SAT.1 in Brussels in 1990. In 1996 he became the Head of the ProSieben studio in Bonn, and in 1999 was appointed Co-Editor-in-Chief of N24 and Head of the Political Department at ProSieben, a position which he also took on at SAT.1 in 2001. In 2004/5 and 2008/9 Limbourg was the CEO of Pool TV, a joint venture of private television stations in Berlin. From 2008 to 2010 he was the Editor-in-Chief responsible for N24's programming. He was anchor of SAT.1 news from 2008 and Senior Vice President of ProSiebenSat.1 TV from 2010 to September 30, 2013. Born in Bonn, Limbourg spent his childhood and youth in Rome, Paris, Athens and Brussels. He is married with three children.