Peer Steinbrück: a straightforward politician | Germany| News and in-depth reporting from Berlin and beyond | DW | 08.12.2012

Peer Steinbrück is known as an outspoken and quick-witted centrist - one who's not uncontroversial within his own party, the SPD. His party is set to nominate him officially on Sunday as candidate for chancellor in 2013. 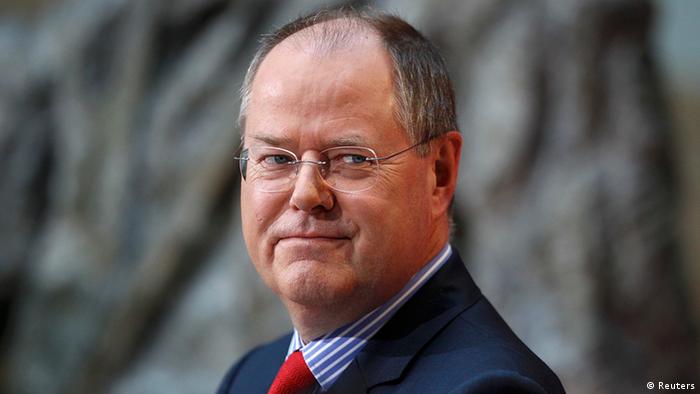 Steinbrück is remembered as an effective finance minister

One of his memorable comments was in 2009 when he clashed with the Swiss over his crackdown on tax havens, likening Germany's Alpine neighbors to "Indians" running scared from the cavalry.

His biographer Daniel Goffart said that in addition to his rhetoric skills, Steinbrück can also listen to others. However, "He sometimes - and it's perhaps a disadvantage - lets others feel his intellectual superiority," Goffart said, adding that it's a trait that has earned Steinbrück quite a few enemies.

There are plenty of opponents in Steinbrück's own party. The son of an architect, Steinbrück became a member of the Social Democratic Party (SPD) early on - in 1969, right after taking his school leaving exam.

Yet, he has often been accused by party colleagues of not being the genuine article. Part of the criticism likely stems from Steinbrück often being extremely open and critical about his own party, and making no effort to hide what he really thinks. 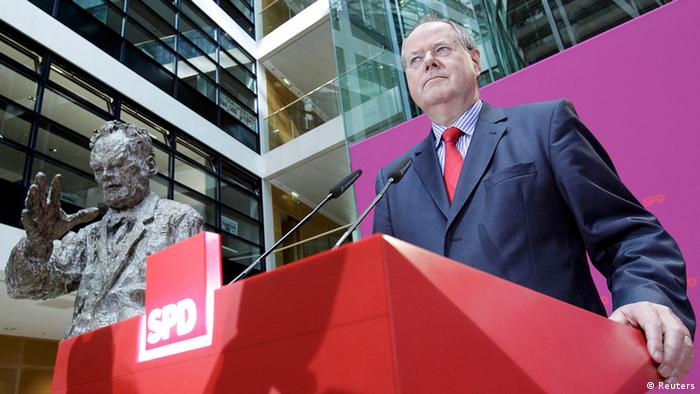 Steinbrück is notorious for not mincing his words

That was evident during the SPD's inner-party dispute about the direction of radical labor market reforms called "Agenda 2010." When the reforms were introduced between 2003 and 2005, opponents of the reforms were labeled "cry babies" by Steinbrück.

A candidate for the chancellery must be "authentic" and should not "visibly represent positions that don't fit him or with which he doesn't at all want to be associated with," Steinbrück said recently.

"The party platform and factual statements of an election campaign must be in accordance with the person who should run as candidate," he added.

The SPD, especially the party's left wing which views Steinbrück with suspicion and is often at odds with him, will know what to expect.

Steinbrück is a seasoned politician and is unlikely to spring any surprises on his party. His straightforward manner, he has admitted, can at times come across as disconcerting but it helps avoid misunderstandings.

"I believe that my party occasionally sees me as a bombshell," he said.

Away from the cut and thrust of politics, Peer Steinbrück is passionate about playing chess and reportedly he's not too bad at it. Strategic thinking and a forward-looking outlook probably came in handy when it came to building his career too.

After studying economics and social science, Steinbrück started off in the local state bureaucracy in 1974 in the northern German city of Kiel. He then served in federal ministries and in the chancellery.

In 1993, he became minister of economics in Schleswig-Holstein. In 1998, he filled the same post in the state of North Rhine-Westphalia and two years later became the state's finance minister.

In 2002, he succeeded his political colleague Wolfgang Clement as the state premier. In May 2005, he, however, lost the regional election against the Christian Democratic Union (CDU) politician Jürgen Rüttgers, which ultimately led to new elections on a federal level.

The result was a so-called "grand coalition" of the conservative CDU and the SPD.

In 2008, Steinbrück faced a huge challenge following the bankruptcy of Lehman Brothers in the United States. He gained respect for his handling of the crisis, crafting a bank rescue plan and financial market stabilization mechanism, helping Germany weather the economic storm.

But Steinbrück failed to honor his promise of bringing those responsible for the financial crisis to account. In his own way, Steinbrück put into words what the citizens would expect in future from their elected leaders.

"We will have to fight against disappointment and frustration," Steinbrück said. "It makes no sense that I'm trying to pass off dry bread as ice cream with fruit."

Once the SPD lost the next parliamentary elections in 2009, Steinbrück went from being the finance minister to a regular member of parliament.

He ruled out accepting lucrative job offers from the financial sector. Instead, the father of three adult children, opted to write a book and became a much sought-after public speaker. 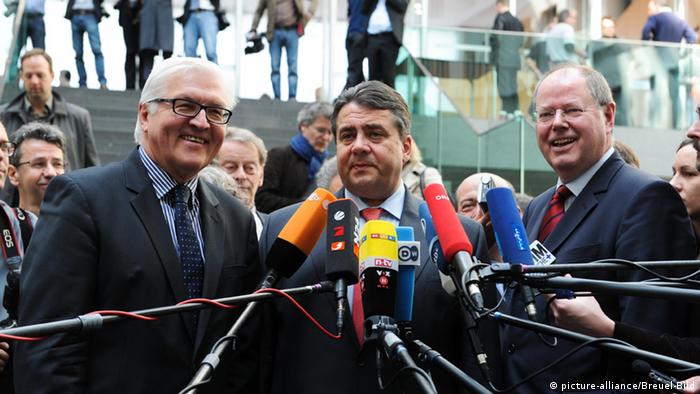 The theme was a familiar one: turbulent financial markets and the role of the banks. It's a topic that will likely to play a dominant role in Steinbrück's campaign. It's surely no coincidence that a few days ago, Steinbrück published new suggestions to tame the markets.

"The banks have lost a lot of trust too and that's why I think we would be well advised to seek new rules of the game together for how we can avoid and rein in the excesses of the financial markets," Steinbrück said.

At 65, Steinbrück shows no sign of slowing down. And he has nearly a year to warm up before challenging Merkel for the job.

US lukewarm on potential Chancellor Steinbrück

US policymakers hope that a potential German Chancellor Peer Steinbrück would ensure continuity on existing German policy - especially as it might affect US economic and other interests, writes Kevin Lees. (25.10.2012)

In a direct vote, Green Party members have selected nominees for Germany's 2013 federal election. As expected, a top-ranking member, Jürgen Trittin, earned the nomination, but so did Katrin Göring-Eckardt in an upset. (10.11.2012)

How much is enough for a parliamentarian?

Just days after launching a campaign to take over the German chancellery, Peer Steinbrück has been accused of earning too much money. Experts renewed calls for changes to Germany's financial disclosure rules. (05.10.2012)