Dutch author Dolf Verroen received the Gustav Heinemann Peace Prize in Essen this week for his children's book told from the perspective of a white slave owner. 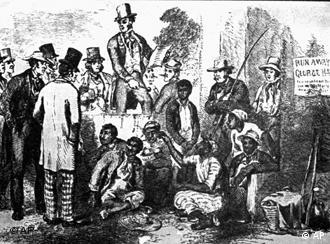 The power of the book lies in its being black and white, said the jury.

The narrator's point of view makes the inhumane treatment of the slaves seem completely banal, which gives the book a provocative force, said the jury about Dolf Verroen's book "Wie schön weiß ich bin" ("How Nice and White I am").

"In this case we have a book that is convincing not by its colorfulness, but by being black-and-white," said jury chairman Fabian Gartmann.

Verroen tells his tale through the eyes of a plantation owner's daughter, Maria, who is given a slave for her twelfth birthday. For spoiled Maria, Koko is a worthless object. He doesn't even see himself as human because he's not treated as one.

"Children can understand it" 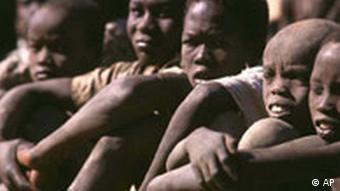 These boys were sold by a slave trader in Sudan to a charity representative in 1997.

"She asks, 'Where do you come from?' and he answers, 'From the market, miss,' and then she says he's so dumb. That's so telling," said the book's translator Rolf Erdorf, "He's like a potato from the weekly market and I think that children can understand that very well."

Maria takes advantage of having a personal slave to act out the behavior she sees in the adults around her. She can exercise authority just like the grown-ups.

"These are the structures that distort everything. This book shows normality but also shows just how distorted and revolting that normality is," added the translator.

The inspiration behind Verroen's story, told in 40 short episodes, was his own travels to Surinam and Ghana. He saw people working there in slave-like conditions and decided to raise awareness by writing a book about it.

Twelve-year-old Maria is not portrayed as the bad guy. She simply doesn't know anything else. For her, being friendly to a slave would be a serious social faux pas. 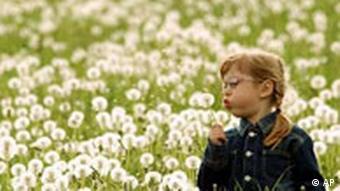 Children can relate to the girl's own insecurities, said the author

"The girl is wrapped up in herself," said Verroen. "She's 12, she doesn't have any breasts, she detests herself and when she looks at the slave she says to herself, 'Oh how nice and white I am'."

The author doesn't offer any clever advice or lesson. Instead he lets the readers interpret the text for themselves.

At the end of the story, Maria sells Koko and moves away to a good boarding school.

"The adults said what kind of ending is that? But the kids said, no, that's really nice. She goes to another environment and perhaps without the slave she can form a different opinion and that's good," said Verroen.

Former Chancellor Gerhard Schröder made a rare public appearance this week to announce that he's taking over the reins of an anti-racism group that fights xenophobia and anti-Semitism. (16.07.2006)