Peace prayers helped bring down the Wall, says Leipzig pastor | Germany| News and in-depth reporting from Berlin and beyond | DW | 07.01.2009

The peaceful protests that brought down the Berlin Wall began with regular evenings of prayers in the Nikolai Church in Leipzig. Christian Fuehrer, who was pastor at the time, shared some memories with DW-WORLD. 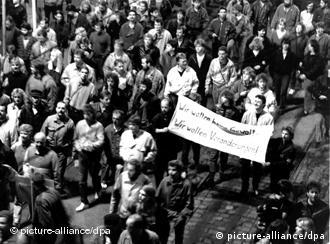 'We don't want violence, we want change,' said the demonstrators

DW-WORLD: On Oct. 9, 1989, exactly one month before the fall of the Berlin Wall, the largest impromptu demonstration ever witnessed in the GDR took place in Leipzig. Some 70,000 people protested against the ruling SED, and the party was powerless to stop them. What was the trigger?

Christian Fuehrer: That's a very difficult question to answer. The Nikolai Church had been holding peace prayers every Monday evening since 1982, attracting lots of people who were politically dissatisfied and unable to voice their concerns. Word of the peace prayers had got out.

On May 8, 1989, the authorities barricaded the streets leading to the church, hoping to put people off, but it had the opposite effect, and our congregation grew. On Sept. 4, the day of the annual Leipzig Autumn Fair, western camera teams had been granted permission to film all over the city and lots of them had gathered outside the church. When we came out, some of us unrolled our protest banners and managed to hold them up briefly before the Stasi (the East German secret police) tore them out of our hands - and the cameras never stopped rolling. 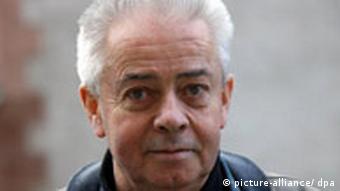 We were on West German TV that night, so not only people in the West saw what was happening in Leipzig, but everyone in the GDR, too.

There were hundreds of arrests made among the crowds in front of the Nikolai Church. Honecker himself had declared that the church should be closed. The police used brute force against the demonstrators.

There was an article in the newspaper announcing that the counter-revolution would be put down on Monday, Oct. 9, "with whatever means necessary." The day before, the church was visited by doctors who told us that hospital rooms had been made available for patients with bullet wounds. So we were absolutely terrified of what might happen.

And how did the demonstrations then go on Oct. 9?

Around 6,000 to 8,000 people were crammed in to the churches in central Leipzig, and a total of 70,000 people had gathered in the city. Everyone was holding a candle, a symbol of non-violence - you need to hold a candle with both hands to keep it from going out, which makes it impossible to throw stones.

Later, a member of the SED Central Committee said: "We had everything planned. We were ready for anything - except candles and prayers." The police had not been briefed for this possibility. Had we thrown stones, they would have known what to do: They would have attacked. But the tanks had no choice but to withdraw without a single shot being fired, and that's when we knew that the GDR would never be the same again.

We had a sense that something extraordinary had happened, but we only really understood the enormity of it later.

You urged the demonstrators to remain peaceful and told them not to be daunted by the tanks. What made you so confident that the peaceful protests would work?

We were not in the least confident. We were afraid day and night, but we had the courage of our convictions. The Bible had taught us the power of peaceful protest and this was the only weapon we had. Resorting to violence makes us no better than our enemies, and then we are no longer blessed. This is what I told the young people at the peace prayers and, incredibly, it was a message they understood, and they rejected violence. 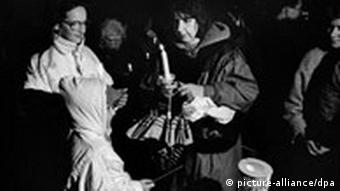 The GDR wouldn't have collapsed without the events in Leipzig, says Fuehrer

It still moves me today to recall that in a secular country, the masses condensed the Beatitudes in the Lord's Sermon on the Mount into two words: No violence! And then they practiced what they preached. If miracles happen, this truly was a one. It was the first successful revolution, and it was a peaceful one.

Do you believe that the GDR would have collapsed even without the events in Leipzig?

I don't believe so. Things were happening in Leipzig that were not happening anywhere else: The regular peace prayers that had been taking place every week for many years and a large community of people had emerged who wanted to leave the country.

There was a unique atmosphere at the church, which mobilized the masses. The people who came to demonstrate on Oct. 9 came from all over the GDR. A cross-section of the entire country gathered together in the Nikolai Church. Without Leipzig, Nov. 9, 1989. would never have happened, let alone reunification on Oct. 3, 1990.

What remains of the peaceful revolution of 1989?

Today we need to rediscover the courage - the civilian courage - to get involved. We can't expect things simply to work out, we have to take responsibility for our country ourselves. We Germans have made many pointless sacrifices, and now is the time for sacrifices that make sense: We must get involved, however uncomfortable this might be, on behalf of reunified Germany and democracy.

I believe we should stop complaining and looking for problems, which Germans tend to do, and say: This is our country, and we want to be actively part of the democracy we fought so courageously for. The best way to be part of it is to vote. That was what we fought for in the autumn of 1989 - democratic elections. And now we have them.

You weren't happy with the way reunification turned out - what do you think went wrong?

We had to grasp the opportunity presented us by Gorbachev in July 1990 to reunify Germany as much as possible. But reunifying the country properly required more time. Our national holiday should have been Oct. 9, not Oct. 3. That would have been recognition of the people from the former GDR, where the groundwork for reunification was laid without any external help.

Secondly, the reunified country should have been given a new name. To me, the Federal Republic of Germany is a relic of the past - it was the name for only half of Germany between 1949 and 1989. Imagine if East Germans had wanted the reunified country to be called the German Democratic Republic. We would have been seen as insane! But the decision gave West Germans the impression that nothing much was changing, their country was simply absorbing East Germany, they would tidy it up a bit and everything would be fine and dandy. 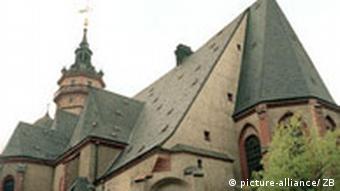 Thirdly, the national anthem. This song was tainted forever by the Nazis, and should not be our national anthem. What actually changed in the West? A few new postal codes and car license plates, and apparently even that was asking a lot! Here in the East, everything changed. It was bound to go wrong.

The Nikolai Church still holds peace prayers for a range of issues from Africa to the environment. Wouldn't it be better to concentrate on one issue than to introduce a new one each week?

Every year, we hold three peace prayers on the subject of unemployment. In 1992 we set up a discussion group on the subject at the Nikolai Church, at a time when people were demonstrating against job cuts. It means a lot to the public. We also have many initiatives against the rise of the neo-Nazis.

One neo-Nazi from Hamburg had applied with the authorities for permission to organize neo-Nazi demonstrations in Leipzig on every May 1 and May 7 until the year 2014. These took place from 2001 to 2007. A group from the church always organized an anti-demonstration - a peaceful one, of course. And in 2007, they actually gave up.

We are also active in other cities. Colditz in Saxony experienced ongoing problems with neo-Nazis and the town was living in fear. We felt the church could help, and got together with the authorities to organize an event called "A City Fights Back," including a peace prayer in cooperation with the local church. We made our point.

Have the neo-Nazis disappeared in Colditz?

They are bound to reappear, but the public refusal to be intimidated by them is progress in itself. The public should never allow itself to be terrorized by a bunch of hooligans who look stronger than they are, who thrive on people's fear. They take advantage of a fear of unemployment and other social problems. When it comes to issues like these, the peace prayers can still be extremely effective.

Steinmeier honors eastern Europe's role in bringing down the wall

Foreign Minister Frank-Walter Steinmeier is visiting the Czech Republic and Hungary to pay tribute to Germany’s eastern neighbors and the contribution they made to the fall of the Berlin Wall 20 years ago. (31.05.2009)

Leipzig to get own German unity monument

Chancellor Merkel's government says it's reached agreement to set up a monument to celebrate German unity and freedom in the eastern city of Leipzig where peaceful demonstrations in 1989 helped bring down communism. (30.01.2009)