The New Flemish Alliance party in favor of a split between Belgium's Dutch and French speaking population has claimed victory in national elections, deepening the divide between the two Belgian camps. 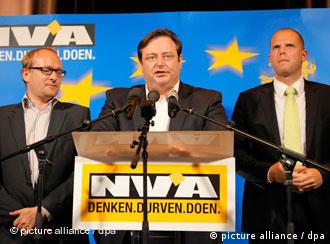 Belgium faces the prospect of a growing rift along language lines after a Flemish separatist party declared itself the winner of parliamentary elections.

The Dutch-language nationalist New Flemish Alliance party (NVA) appears to have won a historic victory. Interior ministry projections show that the party would have 27 seats in the lower house of parliament – one more than the French-speaking Socialist (PS).

The NVA favors an eventual split between the Dutch-speaking Flanders region and the French-speaking Wallonia. 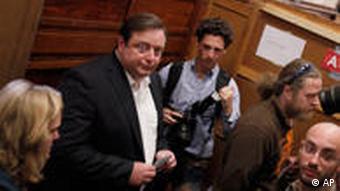 "The NVA has won the election today," said De Wever. "We stand before you with a party that has around 30 percent (of Flemish votes)."

The projected figures would make the NVA the first separatist party to win more seats than traditional rivals, who wish to keep the 180-year-old state intact.

"The people of Flanders have voted for change. We will not disappoint them," De Wever said. He added that Flemish nationalists had to "extend a hand to francophones," adding that "we need to change the state together."

Together with the Flemish Socialists, the PS could still form the largest group in parliament, making PS leader Elio Di Rupo the next prime minister. 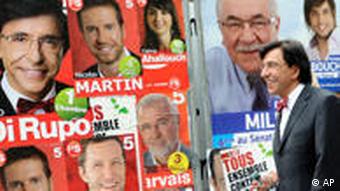 De Wever is reluctant to be the premier of a united Belgium and has said that he is not opposed to the country having its first French-speaking premier since 1974 – provided that this would bring more power to Flanders.

The nature of Belgium's parliamentary system, under which parties divide on linguistic as well as policy grounds, means at least four parties will have to agree to form a coalition.

Tension between the wealthier Flanders in the north and the poorer French-speaking Walloons in the south has existed for decades and has led to continual problems in the national government.

The latest elections were called after the coalition government collapsed in April over a language dispute. The snap elections came a year ahead of schedule after the Belgian government fell in a struggle between French and Dutch-speaking parties.

Unity at stake as Belgians head to the polls

Voting is underway in Belgium in an election that could pave the way for a national break-up, with the mainstream Flemish party calling for separation from the French-speaking part of the country. (13.06.2010)

Belgium's center-right government collapsed on Monday, four days after the prime minister tendered his resignation in a dispute between French and Flemish speakers over language and political rights. (26.04.2010)

Belgian finance minister mediates talks to save the government