Party conventions do matter | News and current affairs from Germany and around the world | DW | 23.08.2012

Sure, the party conventions can seem like an outdated spectacle with the outcome scripted before the event begins. But contrary to popular belief, they can sway voters, argue Robert Erikson and Christopher Wlezien. 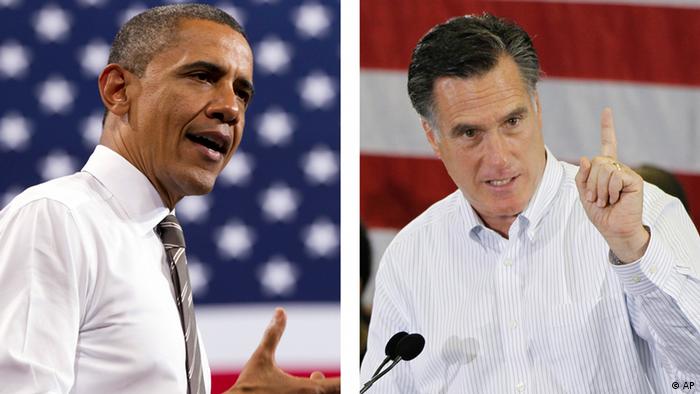 The two major party conventions are soon upon us, leading to the final stretch before the November US presidential election. It is common wisdom that voters do not pay much attention to the election campaign until the "official" campaign begins in September, after the parties hold their conventions.

The televised candidate debates in October are the real show, so it may seem, with voters tuning in to evaluate the candidates and crystalize their vote choices. The advertising ratchets up. It's pretty much all campaign, all the time.

Against this backdrop, the party conventions can seem an antiquated sideshow. Each party stages their convention as a scripted commercial for television. With an absence of suspense or overt conflict, each party hails the virtues of the nominee, whose identity has been known long in advance.

In fact, the conventions are so lacking in substance that for several elections the major television networks have devoted only one hour of prime time per night of the convention. Political junkies who wish to watch the full show must turn to the public-interest C-Span channel or one of the cable news networks. If they choose to, uninterested voters can readily watch television and go about their daily lives while learning nothing from the party conventions.

Perhaps surprisingly, the assessment of the previous paragraphs is largely wrong. By the time the conventions have ended and the political dust settles, the electoral cake is largely baked. Most voters - 95 percent or more - who will cast a ballot in November have already made up their mind and will not change.

Even the party debates - although they may deliver a clear verdict as to who "won" - change few minds in terms of vote choice. In fact, if we pool the polls in the second week after the second convention for the past 15 presidential elections, no candidate who was behind has come back to win the popular vote. (The 1980 election showed a tie in the polls two weeks after the conventions. In 2000, Gore led at the benchmark two weeks past the conventions and did win the popular vote.)

To find sizable shifts in electoral preferences we must look to the boring, obsolete political conventions. The out-party always has their convention first, and almost always gains support. (The disorderly 1972 Democratic convention is a notable exception.)

It should not surprise, for example, to see Romney with a visible lead in most polls immediately after the Republican convention. But then the in-party holds their convention and typically gains support back. The amount either party gains from their convention can vary.

But are these convention-induced changes meaningful? In the parlance of pollsters, are they bounces, whereby candidates get short-lived boosts that fade away, or are they bumps, which last to impact the Election Day outcome?

The answer is some of both. Changes in the polls during or between the conventions can be fleeting. But wait a few weeks after the conventions and the change is likely to be rather permanent over the autumn campaign.

Four times in the past 15 election campaigns, the leader in the polls immediately before the conventions emerged trailing after the convention, and went on to lose the popular vote. These turnovers of the lead following the conventions did not occur during the early years of television. All four happened during the most recent six campaigns.

Of these six most recent contests, only in 1996 (Clinton vs. Dole) and 2008 (Obama vs. McCain) did the conventions result in the lead being unchanged. (In 2008, McCain almost caught Obama after the conventions, but then the economic collapse sealed the election for Obama.)

The 2012 party conventions should draw our attention. Will Romney emerge the leader and likely winner? Or will the conventions give Obama a comfortable lead? Or perhaps the political balance will remain unchanged. We don't know what will happen but, based on recent history, all of these scenarios are possible.