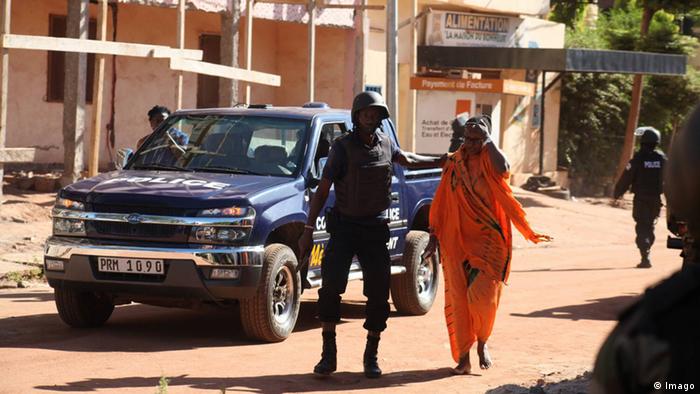 The attack on the Radisson Blu hotel in Mali's capital Bamako came one week after the multiple attacks in Paris claimed by the "Islamic State" (IS) group. However, William Assanvo, West Africa researcher with the Institute of Security Studies in Dakar, said in an interview with DW, "The terrorist threat in Mali has its own dynamics and is not directly linked to what is happening in the Middle East with the organization "Islamic State." Jihadism in Mali has its own agenda."

Mali is no stranger to attacks by militant Islamists. Friday's shooting in the Radisson complex follows a hotel siege and hostage-taking in the central Malian town of Sevare in August this year, when four soldiers, five UN workers and four attackers were killed. In March, masked gunmen opened fire inside a Bamako restaurant frequented by foreigners, killing five people. 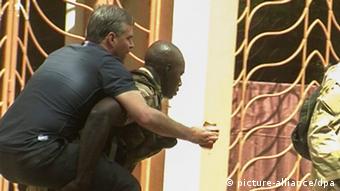 A freed hostage is carried to safety

Paul Melly, Associate Fellow with the Africa Program at UK think tank Chatham House, thinks it is "pretty likely" that the events in Paris and the siege in the suburb of Saint-Denis "may have provided a spark for the people who have carried out this attack, for them to choose this particular moment. They may hope to catch attention and get more momentum." However, Melly added, the roots of the attack "can't necessarily be linked to Paris since there have been three or four years of pretty steady jihadist activity in Mali."

"Over the last year in particular attacks have moved from the north down into the center and the south of the country, including Bamako, earlier this year," he said, referring to the restaurant shooting in March.

The Paris attacks sparked fresh debate about the preparedness of security forces to deal with terrorist threats and the effectiveness of intelligence sharing between governments. "I think a lot is being done to have the security apparatus [in Sahel countries] better trained to give them the capacity to face the terrorist threat," Assanvo said. But, he added, no matter how well trained and well equipped a country's security force may be, "this will not prevent that country from witnessing a terrorist attack." 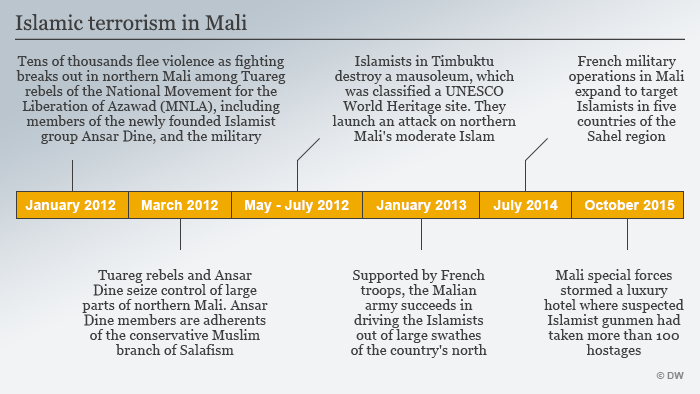 Terrorists aiming to 'destabilize the south'

The Radisson Blu is a luxury hotel situated in the center of Bamako. Up to now it had enjoyed a reputation as the city's safest hotel and was a popular meeting place for international delegations, diplomats and members of the business community. "The best protection for us was the lack of professionalism on the part of the terrorists," said Jan Henrik Fahlbusch, bureau head of the Friedrich Ebert Foundation (FES) think tank in Bamako. But Friday's attack had demonstrated a more professional modus operandi, he said. William Assanvo is not convinced of this. "There is a proliferation of arms in the area so it did not require too much preparation for such an attack," he said.

Various groups in Mali have an interest in destabilizing the country. The terror groups profit from insecurity as it enables them to pursue illegal activites such as drug smuggling and human trafficking. National and international military missions in the country are a thorn in the side of these armed groups. "The terrorists regard these missions as their enemy," Fahlbusch said, and this is one reason why attacks are often carried out in places frequented by Westerners. However, Fahlbusch added, Friday's attack at the Radisson hotel was also aimed at "destabilizing the south and bringing terror to the relatively calm capital." 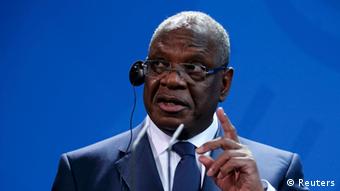 Melly mentions another domestic factor that could have led jihadists in Mali to want to mount an attack at this time, namely the Algiers peace agreement between the Malian government and non-jihadist groups that were fighting for autonomy or independence in the north. That agreement has begun to be implemented. "Over the last few months the armed groups and the government had been engaged in really trying to make it work and so that is a shift in political momentum towards greater stability in the north of Mali. The jihadists may have wanted to kick back against that," Melly said.

On Friday evening a group called Al-Murabitoun, which is allied to al Qaeda and has close ties to other groups, claimed responsibility for the attack on the Radisson Blu in Bamako. The same group carried out the attacks in Mali in March and August. "Its members are mainly Tuaregs and Arabs from northern Mali, from the region around Timbuktu, Gao and Kidal," said Katja Müller, head of the FES in Bamako. She said the group recruited many members from Algeria and Tunisia.

Gwendolin Hilse contributed to this report

Opinion: A ring of fire from Paris to Bamako

The hostage-taking in a hotel in Bamako brings home the fact that the fight against terrorism goes beyond European cities. Unusual alliances will be necessary, says DW's Claus Stäcker. (21.11.2015)

Malian President Boubacar Keita is on a state visit to France. On his itinerary is a Paris OECD conference on Mali's economic recovery and development. Peace in the north of Mali remains fragile. (22.10.2015)

Investigators in Mali are hunting more than three people suspected of links to a terrorist siege at a luxury hotel in the capital that left at least 19 people dead. The government has declared a state of emergency. (21.11.2015)