Palestinian peace negotiators have quit to protest Israeli settlements. President Mahmoud Abbas has yet to accept their resignations. 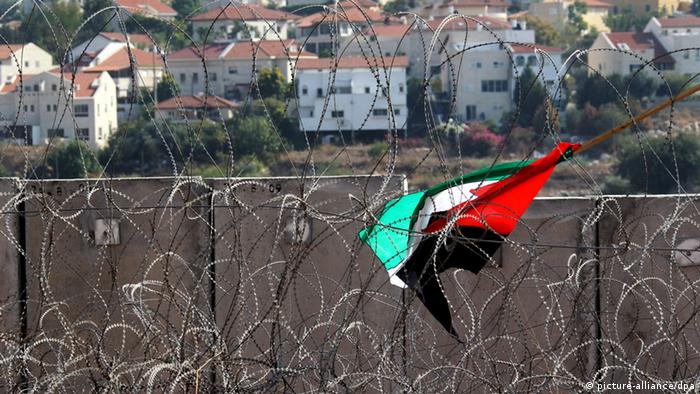 The heads of the Palestinian negotiating team for Middle East peace talks submitted their resignations on Wednesday. A watchdog revealed that Israeli Housing Minister Uri Ariel had kick-started planning for 24,000 apartments in the West Bank and East Jerusalem, said Xavier Abu Eid, of the Palestine Liberation Organization Negotiations Affairs Department.

Mohammed Shtayyeh told the news agency AFP that he and chief negotiator Saeb Erekat had submitted their resignations in response to "increasing settlement building and the absence of any hope of achieving results." Shtayyeh added that he holds Israel "completely responsible for the failure of negotiations, because of the continuation and escalation of settlement building."

Direct talks resumed in July after a three-year hiatus primarily because of Palestinian refusal to talk while settlement expansion continued. Since, then Israel has announced plans to build thousands of new settler homes in the occupied West Bank - territory the Palestinians want for their future state under any peace deal.

Late on Tuesday, Prime Minister Benjamin Netanyahu had ordered cancellation of plans to build 20,000 more homes in the West Bank, hours after their announcement sparked US and Palestinian criticism. Netanyahu publicly rebuked his own housing minister and said in a statement from his office that Ariel, a pro-settler coalition partner from the right-wing Jewish Home party, had acted on his own "without any coordination."

There are growing tensions between Israel and its longtime ally, the United States, over how to best deal with growing threats in the Middle East after no deal was reached over Tehran's nuclear programme. (11.11.2013)

In a statement, Netanyahu called the expansion plans an "action that creates an unnecessary confrontation with the international community at a time when we are making an effort to persuade elements in the international community to reach a better deal with Iran." He added that "as a member of the government, action must be coordinated and have the benefit of forethought."

Palestinian President Mahmoud Abbas had warned that he would declare the peace process over if construction went ahead. He told Egyptian TV channel CBC late on Tuesday that the negotiators had presented their resignations, but that he had not yet accepted them. It remains unclear whether Abbas will accept the resignations, which cannot take effect until he signs off on them.

Senior PLO official Hanan Ashrawi told Voice of Palestine Radio that if the resignations prove final, Abbas could have trouble finding another negotiating team because no one really wanted to engage in a process going "nowhere."

A similar reaction came from the US State Department.

"We were surprised by these announcements and are currently seeking further explanation from the government of Israel," US State Department spokeswoman Jen Psaki said. "Our position on settlements is quite clear," she added. "We do not accept the legitimacy of continued settlement activity."