The EU will shortly publish a tax haven blacklist, part of a strategy to deal with the issue of global tax avoidance and evasion. The charity Oxfam has its doubts though, and has published a list of its own. 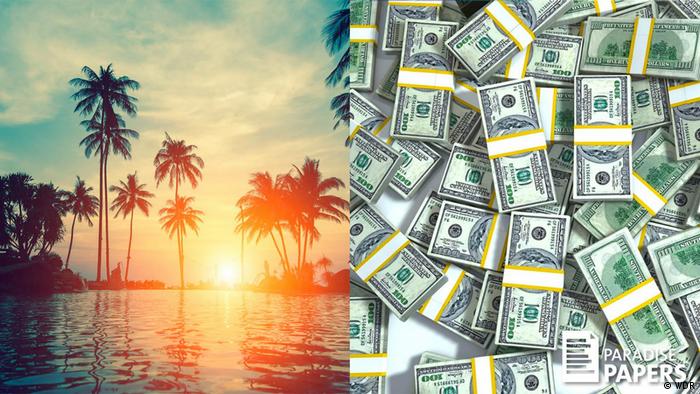 No one wants their name to be on a list of noted undesirables, whether it's for entry to a nightclub or something else entirely.

That's why, since the EU commission announced plans earlier this month to publish a tax haven blacklist in the wake of the Paradise Papers leaks, several governments have been scrambling to avoid what could be a damaging and embarrassing naming and shaming.

Yet, there are those who think the final list — which is expected to be confirmed and released after being approved by EU finance ministers in early December — will be toothless as a result of political pressure.

Among the doubters is Oxfam. In a report published on Tuesday, the global charity confederation has assessed the tax collecting credentials of the 92 countries currently being assessed by the EU, as well as all 28 EU member states, which are not part of the EU's review.

Claiming to use the same criteria as the EU, namely the examination of countries' tax transparency systems and tax rates, the Oxfam report claims that a proper blacklist would have four EU member states — Ireland, Luxembourg, Malta and the Netherlands — on it.

Publish and be damned

Out of the 92 non-EU countries and territories being assessed, Oxfam believes 35 of them should be included on the final EU blacklist. Among that number are several European countries, such as Albania, Bosnia-Herzegovina, Montenegro, Switzerland and Serbia.

It also includes Gibraltar, a British overseas territory located on the southern end of the Iberian Peninsula which is in fact, in the EU.

The report, titled 'Blacklist or Whitewash?', says that if the EU is to be consistent, it needs to include some of its own member states on the list but that the charity fears "political pressure will lead to a dilution of the criteria and thus to a useless list."

"We expect the countries identified by us to appear on the actual list,” said Tobias Hauschild, one of Oxfam's tax experts.

"Anything else would be a free pass to continue the selfish and socially harmful business model of 'tax havens' and to further fuel the ruinous international tax race to the bottom. The G20 have just one country on their tax haven list - the island nation of Trinidad and Tobago. Such a farce must not be allowed by the EU."

As well as being critical of the EU's decision to exclude its own member states from assessment, Oxfam is especially critical of the policies of Bermuda, the Bahamas and the Cayman Islands. Its report also calls for heavy sanctions and punitive measures against any countries named on the final blacklist.

Some tax havens are more equal than others

Oxfam is unlikely to get its wish though. With opinion sharply divided among the governments of EU member states on the subject of taxation, there is considerable skepticism about the blacklist within the bloc.

To cater for this, the proposed blacklist was never going to apply to EU member states and according to some reports, influential non-EU governments such as Serbia and Turkey have already lobbied successfully to be removed, fearing the negative consequences of being named on such a list.

While EU Finance and Economy Commissioner Pierre Moscovici has called for a "credible" list with "adequate sanctions", details on what sanctions would be imposed by the EU on countries named on the blacklist have so far been scant.

There remains the possibility that any blacklist would merely be an instrument for embarrassing countries deemed to be tax havens, as much offshore activity is technically legal.

Oxfam, which brands itself as an "emergency relief and development organization", has consistently called for the issues of global corporate tax avoidance and tax evasion to be properly dealt with by the EU and other influential international institutions and groups.

However, Oxfam has itself faced criticism in the past in relation to the issue. For a number of years, one of its main trustees was Marjorie Scardino, a former CEO of large British multinational publishing company Pearson

Pearson were found to have engaged in several offshore tax avoidance practices during Scardino's term as CEO, yet Oxfam gave her the influential trustee position after that information came into the public domain.