Overtime for Paris climate conference | Europe | News and current affairs from around the continent | DW | 11.12.2015

Negotiations for a global climate pact have stalled. Disputed is the question whether industrial countries and developing countries will continue to be treated differently, or not. Andrea Rönsberg reports from Paris. 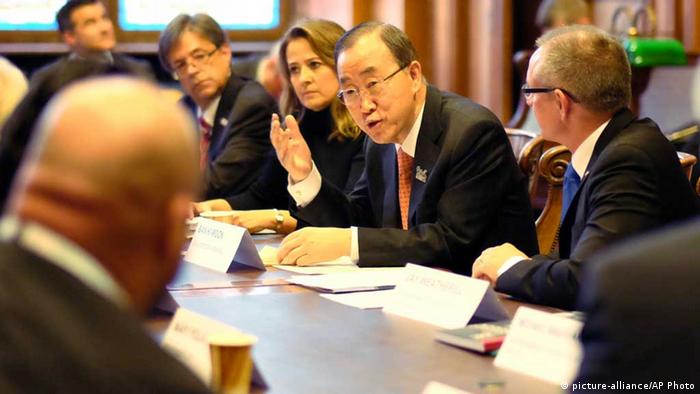 After negotiations on a global climate agreement hit a wall early on Friday morning, French Foreign Minister Laurent Fabius, presiding over the event, postponed the release of a new text to Saturday.

The conference was scheduled to end Friday evening. It is, however, the rule rather than the exception that climate conferences go into overtime.

"I will present the text not as planned on Friday evening, but in the course of Saturday morning," Fabius told French television BFM-TV. "We can then conclude the agreement at mid-day."

He later specified the agreement would be presented at 9 am on Saturday morning.

Fabius, who only got a few hours of sleep after suspending negotiations around six on Friday morning, was met with praise from UN Secretary General upon his return to the conference site.

"I welcome your work, your diplomacy," Ban told the French foreign minister. "Everybody appreciates your efforts." 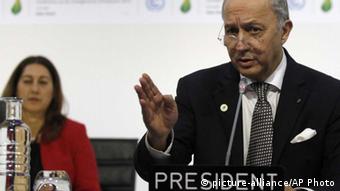 A UN source said the delay didn't come as a surprise.

"I think it's actually a good idea to postpone officially, rather than having negotiations drag on without a newly-defined endpoint," the source said.

Stefan Krug of Greenpeace agreed. "I don't see this as a shortcoming of the conference at all," he told DW, "especially in light of what is at stake."

The agreement that is being negotiated in Paris would be the first time all countries commit to curbing greenhouse gas emissions with the aim to limit that global temperatures do not rise by more than two degrees above pre-industrial levels by the end of the century.

Friday morning allowed a few hours of sleep for negotiators, while UN Secretary General Ban Ki-moon was said to engage in talks with ministers from several countries, including China.

Throughout the night, negotiations had been conducted in a format Fabius had called "indaba for solutions."

The term comes from the Zulu language. In the context of climate conferences, it refers to a negotiation format successfully introduced in Durban, South Africa, in 2011.

In 'indaba' consultations, only around 80 people sit around a table, with others filling up a second row. In total, each delegation is permitted only a limited number of negotiators. The process is considered both effective and transparent.

The nightly 'indaba for solutions' format declared by Fabius was to allow no general statements, but only such 'directed at finding solutions.' 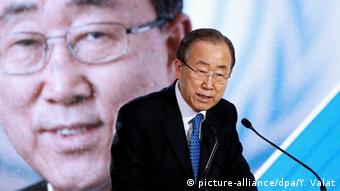 Observers described the atmosphere as "good" and "positive."

But despite this, it became obvious that more time was needed to resolve particularly thorny questions.

These center around the issue of assigning different responsibilites to industrialized and developing nations.

While the UN convention on climate change distinguishes between the two, that is a distinction industrialized nations seek to overcome to a certain degree in the agreement negotiated in Paris.

"The US has made clear it doesn't want to continue with a fire wall," an NGO-observer said.

For its part, China refused the responsibility assigned in a text stating that "other" industrialized countries "may on a voluntary, complementary basis provide resources to developing countries."

Saudi Arabia, on the other hand, is reported to have staunchly opposed the draft agreement's stated purpose to limit global warming to "well below two degrees," and particularly "to pursue efforts to limit the temperature increase to 1.5 [degrees]."

"That's where we have a giant problem," said Greenpeace's Stefan Krug.

Magic moment yet to come

But while a 'magic moment' seeing all disagreement resolved was missing from Friday night's consultations, observers have not giving up on seeing such a moment during the further course of negotiations."

Hans Joachim Schellnhuber, founding director of the Potsdam Institute for Climate Impact Research said he was convinced of one thing:

"The French will put everything into making this conference a success," he said. "Absolutely everything."

Racing to strike an accord, negotiators at the Paris climate conference have stretched their schedule by a day. The French hosts are now aiming to reach global consensus on Saturday, Andrea Rönsberg reports from Paris. (11.12.2015)

COP21: No news is good news at Paris climate conference

How do journalists know that crunch time really has started COP21? Toilets get closed off at short notice and negotiators start looking pretty beat. DW reporter Andrea Rönsberg lets you in on a few more giveaways. (10.12.2015)