Iraqi officials have said two overnight attacks against Shiites have killed at least 20 people and wounded dozens more. A string of bombings claimed dozens more lives across Iraq on Thursday. 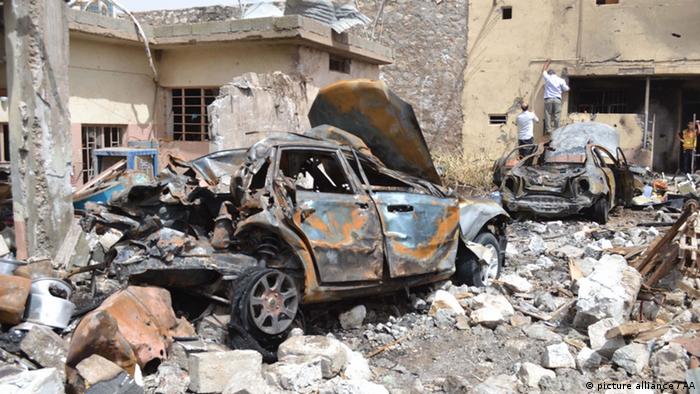 The toll from a wave of attacks in Iraq, mainly targeting security forces and Shiites, has risen to at least 50 killed through Friday morning, security officials and doctors said.

Police told news agencies that a suicide bomber rammed his motorcycle into a funeral tent for a Shiite family in Muqdadiyah, about 90 kilometers (55 miles) north of Baghdad, followed by a second explosion when emergency services arrived, killing at least 11 people.

Meanwhile, the mayor of the northern town of Dujail, about 80 kilometers from Baghdad, said a bomb went off in a parked car outside a Shiite mosque late on Thursday, killing at least nine people.

There has been no immediate claim of responsibility.

The violence came as Iraq began celebrating the holy Muslim month of Ramadan. Bomb and gun attacks also claimed the lives of at least 30 people across Iraq on Thursday.

In Thursday's single deadliest incident, militants shot dead at least 11 police officers northwest of Baghdad. The victims had reportedly served as security guards of an oil pipeline near the town of Haditha, which lies about 220 kilometers outside of the capital.

The attacks have come amid a surge in violence in the country that has killed more than 2,500 people this year, including upwards of 250 in the first weeks of July alone.