OSCE to Withdraw from Georgia After Russian Opposition | Europe| News and current affairs from around the continent | DW | 22.12.2008

OSCE to Withdraw from Georgia After Russian Opposition

Europe's OSCE observer mission to Georgia is to be dissolved after Russia blocked a three-month extension of the security agency's mandate in the Caucasus nation at an OSCE meeting in Vienna on Monday. 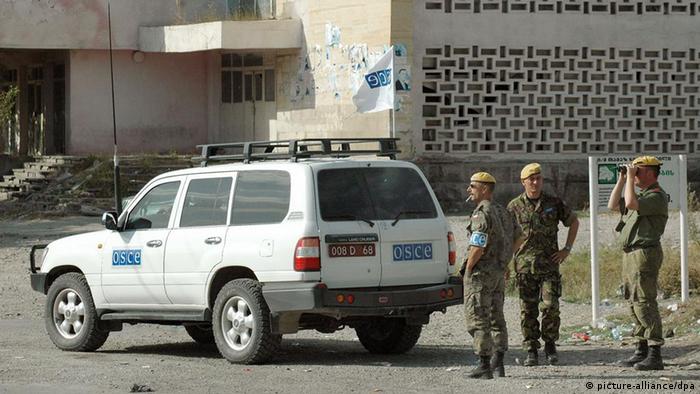 Of the 56 OSCE members, Russia was the only nation to vote against prolonging the Georgia mission which was set up to monitor on-the-ground adherence to a European-brokered ceasefire between Russia and Georgia after their brief August war.

Finland, which currently holds the rotating OSCE presidency, had sought to have the Georgia mission revamped to empower it to cross internal conflict lines. The mission has so far been barred from access to the breakaway Georgian region of South Ossetia, over which much of the August war was fought.

"A consensus for a three-month technical extension was not possible today so it means we have to start withdrawing the mission, ceasing activities, on January 1," Finnish official Antti Turunen, permanent ambassador to the Vienna-based OSCE, told reporters Monday, Dec. 22.

Eight of the 28 observers will have to leave from January 1, while the remaining 20 have until February.

The security agency also has a 152-strong mission in Tbilisi which will have to be dissolved until a possible new mandate is decided, diplomats said. 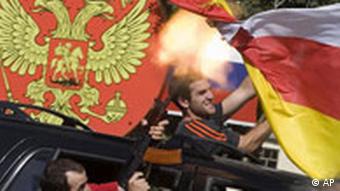 South Ossetians were supported by Russia in their attempt at independence

Turunen said Russia would have only agreed to an extension of the observer mission's mandate if the organization recognized the independence of South Ossetia and a second rebel region called Abkhazia.

"We had one side defending the territorial integrity of Georgia and the other the 'independence' of South Ossetia. The sides are so far apart it made no sense trying to bridge the gap before Dec. 31," he said.

Only Russia and Nicaragua have recognized the two rebel regions as independent.

US Ambassador Julie Finley said "only one country (was) responsible for this debacle. It is the Russian Federation."

The Georgian government reacted with anger at the cancelling of the OSCE mission, saying Russia had refused to support an extended mandate to cover up "war crimes." 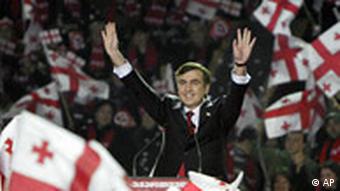 "Russia is trying to block the OSCE monitoring exercise in South Ossetia because it committed war crimes there, including ethnic cleansing of the Georgian population," Georgia's minister for reintegration, Temur Iakobashvili, told news agency AFP.

"The Kremlin is desperately trying to bring legitimacy to its proxy regimes in South Ossetia and Abkhazia and international organizations are not allowing it to do so."

Russian Ambassador Anvar Azimov told reporters the negotiations had stalled because of the West's refusal to accept "the new political reality that exists for us and that is the independence of South Ossetia."

"Russia favours an independent presence of the OSCE in South Ossetia... even if we do not come to a deal, it is no tragedy," he said.

NATO and Russia will resume high-level talks in Brussels Friday. It is a sign that the chill in relations between the alliance and the Kremlin in the wake of the Georgia conflict is starting to pass. (18.12.2008)

The relationship between Russia and Georgia has not normalized following a brief war this summer. Negotiators, which include the European Union, hope to get the two sides talking about refugees and security issues. (18.12.2008)

An EU probe into the August war between Russia and Georgia was formally launched Tuesday, Dec. 2, tasked with ascertaining the origins and unfolding of the conflict. (02.12.2008)